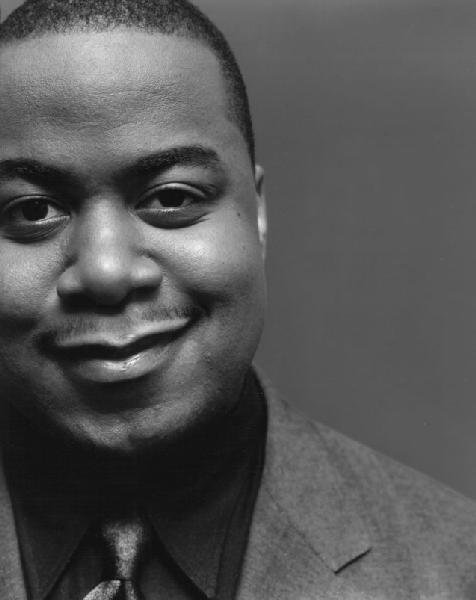 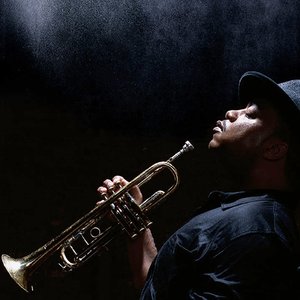 Nicholas Payton (born September 26, 1973) is a jazz trumpet player from New Orleans, Louisiana. The son of bassist and sousaphonist Walter Payton, he took up the trumpet at the age of four and by the time he was nine he was playing in the Young Tuxedo Brass Band alongside his father. Encouraged by Wynton Marsalis, who was himself involved in New Orleans' jazz and brass band music in his youth, Payton played semi-professionally throughout his grade school years and at the age of 12 played with the All Star Jazz Band at festivals througout the United States and Europe. Upon leaving school he enrolled first at the New Orleans Centre for Creative Arts and then at the University of New Orleans, where he studied with Ellis Marsalis.

After touring with Marcus Roberts and Elvin Jones in the early 90s Payton signed a recording contract with Verve; his first album, From This Moment, appeared in 1994. In 1996 he performed on the soundtrack of the movie Kansas City, and in 1997 received a Grammy Award (Best Instrumental Solo) for his playing on the album Doc Cheatham & Nicholas Payton. After seven albums on Verve Payton signed with Warner Brothers, releasing Sonic Trance, his first album on the new label, in 2003. Besides his recordings under his own name, Payton has also played and recorded with Wynton Marsalis, Christian McBride, Joshua Redman, Roy Hargrove, and Doc Cheatham.

(2) Trumpeter, composer, and bandleader Nicholas Payton was raised in New Orleans, a town chock-full of trumpet players and he originally followed in the footsteps of a mile-long line of tradition-based players including Buddy Bolden, Louis Armstrong, Al Hirt, and of course, Wynton Marsalis. Payton is the son of Walter Payton, a well-known bassist on the Crescent City jazz scene. His mother played piano. Given his upbringing in a musical family, Payton often spent upwards of ten hours a day practicing trumpet in his youth. He began playing trumpet as a four-year-old, after asking his father to get him one. He began accompanying his father to shows at clubs in his youth and had the chance to hear many great trumpet players.

"I had a chance to hear some great trumpeters like Wendell Brunious, Leroy Jones, Clyde Kerr Jr., and Teddy Riley," Payton said in a 2003 interview, and he also recalled seeing Wynton Marsalis when he was in high school. "I got to hear a bunch of people play trumpet in a town that has been noted for trumpet players since Buddy Bolden. For me, trumpet fit my personality. It suited my voice. You're able to express a wide range of emotions on the instrument," he said.

The turning point for the young Payton came when he was 11, when he heard a Miles Davis quartet album that was in his parents' record collection. With the opening notes of the recording, he knew then he wanted to be a trumpet player and play jazz. He started performing publicly as a ten-year-old and began playing in the streets as a year later. He worked everywhere from jazz funerals to weddings to bar mitzvahs, and played on the streets for tips. Although he knew he wanted to play jazz, he also knew "you can't make a living in New Orleans being a genre-oriented musician." Payton said, "A lot of the guys my father played with in jazz bands were school teachers during the day, and they would play gigs at night and on weekends."

Payton attended New Orleans' high school for the Creative Arts and studied with Clyde Kerr Jr.; he later studied briefly at the University of New Orleans with pianist Ellis Marsalis, who raised Wynton, Branford, Delfeayo, and Jason. Payton learned more from showing up at the elder Marsalis' gigs at Snug Harbor and other Crescent City jazz clubs than he did in the classroom. "He would let me sit in," Payton recalled in 2003, "and the thing with Ellis is he challenges you to be able to teach yourself. That's the key to jazz. Only you can know how you want to sound. A good teacher will facilitate the development of your own style." Payton's college career at UNO was interrupted by the chance to go on the road with drummer Elvin Jones. He had spent time on the road with Marcus Roberts and other touring musicians, but those were shorter stints. Spending two years on the road with drummer Jones was his first big break, he recalled.

Through the years, Payton has recorded and performed with Wynton Marsalis, Dr. Michael White, Christian McBride, Joshua Redman, Roy Hargrove, Doc Cheatham, and Joe Henderson, among others. He began his recording career with Verve Records, and his first album, From This Moment, was released in 1992. Two years later he performed on the soundtrack for the movie Kansas City, and in 1997 he received a Grammy Award for his playing on a collaborative album with then-nonagenarian trumpeter Doc Cheatham, Doc Cheatham & Nicholas Payton. He also released 1995's Gumbo Nouveau, 1997's Fingerpainting: The Music of Herbie Hancock, 1998's Payton's Place, 1999's Nick@Night, and 2001's Dear Louis.

Payton signed with Warner Bros. in 2003, releasing the '70s fusion-influenced Sonic Trance. An auto accident briefly sidelined Payton's career as he took time to fully recover. He returned with Mysterious Shorter on Chesky in 2006 and Into the Blue on Nonesuch in 2008. Well known as a risk taker, Payton took one of his grandest on 2011's B**ches. A concept recording that details the stages and ending of a romantic relationship, Payton composed and arranged all 16 songs (which include lyrics), played every instrument, sang and played trumpet throughout, and produced the entire set. He is accompanied on the album by special guest vocalists Cassandra Wilson, Esperanza Spalding, N'Dambi, Chinah Blac, and Saunders Sermons. ~ Richard Skelly, Rovi