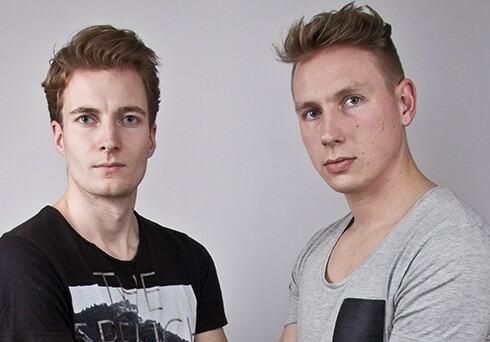 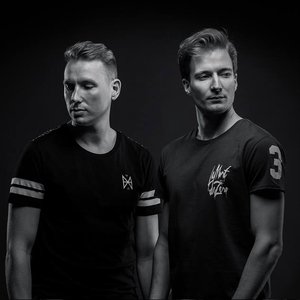 There are atleast 2 artists named Noisecult.

1) Formed in 2004, Noisecult rose from the ashes of several years of musical wreckage and determination. Pieced together by the Original nucleus of Don Carr (Guitar & vocals) and Bo Heyward (Lead vocals), Noisecult is the product of a 10-year-old musical collaboration. Beginning in 1993, Carr and Heyward began forming various bands throughout the years combining their love of 1970s and underground metal, aggressive punk and the classic dark wall of sound pioneered by Black Sabbath.
Spring 2004, after a few year hiatus the two set out to finally bring together the band they had always strived to build. Planets aligned and there seemed no better time to form Noisecult. In late 2005, following the release of group’s first length CD, End of Days, the band played all the shows they could to get the material out there.
Through 2005 to 2009 Noisecult, Joined by bassist Sean Kay and drummers Matt McElroy and Ben Bomlitz, powered out a series of well-crafted self-produced albums. Noisecult is virtually an amalgam of metal, rock and punk. An original blend of styles that has the band reaching beyond the normal rock audience. This approach has created an open writing environment for all the band members to create Noisecult songs in a non-ridged no boundaries attitude.
After signing up with Stik Man Records in late 2007 Noisecult’s "Volume 3: Vociferous" expanded the group outside of the middle Tennessee area by radio airplay on 102.9 The Buzz as well as numerous college and internet stations across the country. The sales, requests and positive live show feedback surrounding the release of “Vociferous” stands as a testament that Noisecult is heading in the right direction. "I think anyone who likes good old style stoner rock, metal, punk, whatever, with good grooves, great lyrics, intense riffing and a raw in your face vocals will be able to get into what we've done on these CDs" states Don Carr.
With the success of “Vociferous” The band played as many shows as they could and planned their next musical assault. Building upon the strength of their own songwriting and a solid foundation of a hard hitting live act that could share the stage with a variety of styles and bands, Noisecult took to the studio to hammer out another slab of twisted punk metal. 2009’s “My War My Enemy” fast became a classic project that would see the band deliver a solid well received musical offering.
“Playing our songs live and feeding off the energy you get from a crowd is what this is all about” says bassist Sean Kay. The past couple of years saw Noisecult get some great exposure playing with some of punk and metal’s most revered underground heroes like: Iron Maiden’s former vocalist Paul Di’Anno, Death Angel, seminal punk icon’s FEAR, Skeletonwitch, Overkill, Doro Pesch, Anthrax frontman Joey Belladonna, Icarus Witch, crossover hardcore legends D.R.I, Weedeater, Zoroaster, Agent Orange, Warbringer, and doom metal stalwarts Trouble. Sean adds “our goal is to take our music as far as we can push it and get it out there to as many people we can by playing live”. “Great bands have to pay their dues and build a fan base by playing live and winning them over with great songs and a high energy show, that to me is where all the immortal bands made their mark and that is what Noisecult intends to do” – Carr
You can bring home some of that energy on their 2008 concert DVD entitled Live Raw Noise. The DVD as well as their entire catalog can be found on Stik Man Records. The brand new Cd is entitled "My War My Enemy". 11 tracks of pure rock fury. Nine newly recorded studio tracks and two live tracks taken from the bands 2008 shows. Head on over to noisecult.com or stikmanrecords.com to pick up all your Noisecult cds and merchandise.
2010 finds Noisecult beginning the next chapter of their existence. With the addition to Vocalist / Guitarist Mike Liffick the band promises to take to the road even harder and to continue to mine the rock underground to develop their sound. The new lineup recorded an original heavy rock Christmas anthem entitled “All Around The World in Just One Night, which will be featured on the Compilation album “Rock The Manger”. And work has already begun on the planned 2011 release “Psychedelic Death Trip”.
Whether it is the raw classic strength of "End of Days", the aural assault of their second release “One From None", the anthem driven power of "Volume 3: Vociferous", or the sonic frenzy of "My War My Enemy" as a hard rock and metal fan you wont be disappointed.
Look for Noisecult to leave their mark burned across the mid-south and beyond .You can also check out Noisecult at: www.noisecult.com and stikmanrecords.com

2) Noisecult are hardstyle DJ's from Holland