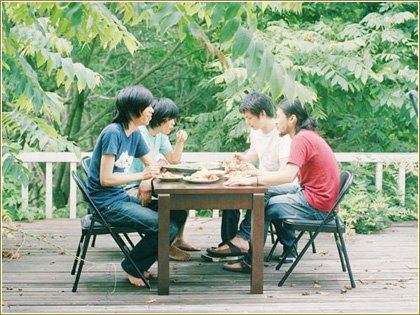 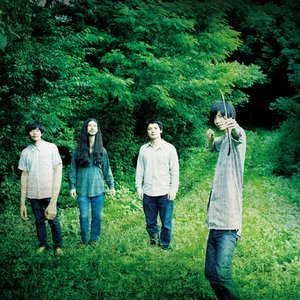 OGRE YOU ASSHOLE is a Japanese post-punk/indie rock band formed in Suwa, Nagano, Japan in May 2001. The current lineup is 出戸学 (Manabu Deto) (guitar, vocals), 馬渕啓 (Kei Mabuchi) (guitar), 勝浦隆嗣 (Takashi Katsuura) (drums), and 清水隆史 (Takashi Shimizu) (bass). 平出規人 (Norihito Hiraide) was their original bassist; his final performance with the group was at Rock in Japan 2011. Their original drummer, 西新太 (Arata Nishi) left the band in its early years due to medical reasons and now provides the artwork for their album covers. They draw influences from Modest Mouse, Built to Spill, Fugazi, Gang of Four, Talking Heads, Pavement, Pinback, and Television.

Manabu Deto and his elder brother covered Nirvana and Beck songs with original drummer Arata Nishi in the 90s under the name Joy Division. Manabu's brother left, then he was joined by childhood friend Norihito Hiraide and high school classmate Kei Mabuchi. Nishi then left due to health reasons and was replaced by Takashi Katsuura. They produced their first demo in 2004 and went on to support many notable domestic and international bands including Asian Kung-Fu Generation, Foo Fighters, Art-School, The Dresden Dolls, and their biggest influence Modest Mouse.

The band was signed to major label VAP in 2009 after releasing their previous work on their own indie label OYA. Their major debut single ピンホール was also featured on ASIAN KUNG-FU GENERATION presents NANO-MUGEN COMPILATION 2009 and as an ending theme to the anime 蒼天航路 (Sōten Kōro). Their debut release on VAP was フォグランプ (Foglamp) on October 7, 2009.

The name originated when original drummer Arata Nishi saw Modest Mouse bassist Eric Judy on the street near the Hot Lab live house after a gig in Matsumoto during their Japan tour in May 2001. He asked Judy, who was drunk, to name their band. He replied, "I can't," before writing "Ogre You Asshole" on Nishi's arm. They were unaware of the exact meaning until The American Analog Set told them that the name is actually from a line in the movie Revenge of the Nerds. The band set out to watch the 1984 American comedy and its three sequels, then paid homage to it with their second album アルファベータ vs. ラムダ (AlphaBeta vs. Lambda). They shared the tale with Judy in April 2008 when they opened Modest Mouse's show at Tokyo's Duo Music Exchange, but he had no recollection of the encounter.