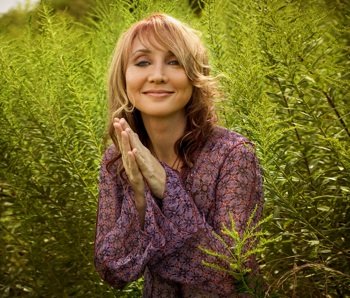 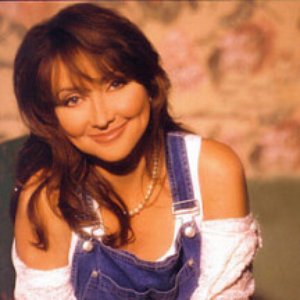 Pam Tillis (born July 24, 1957 in Plant City, Florida) is an American country music singer and actress. The daughter of singer Mel Tillis, she grew up in Nashville, TN surrounded by music. At age eight, she sang on the Grand Ole Opry.

Rhinestoned says it all. No other word, real or invented for the occasion, sums up as well where Pam Tillis stands now.

She is, after all, a superstar as well as a survivor. A child of Music City royalty and a former rebel, she was determined to find her own way as a singer and songwriter — and she succeeded. A CMA Female Vocalist of the Year, she has written songs for some of the top singers in and beyond Nashville, including more than a few of her own hits.

She knows what it's like to break the platinum barrier, to top the singles charts time and again, to bask in an ovation at her induction as a member of the Opry or play in the intimate hush of the Bluebird Café. She has bathed in the lights of Broadway, posed for glamour magazine spreads, sung ballads in Bay Area bistros, batted wicked one-liners back to Tom Bergeron on Hollywood Squares, even made cameos in movies.

But no matter where she wandered, Pam Tillis never lost her connection to country music — even when country began to lose touch with itself. Trends came and went, and though she rolled easily with the tides and drew something from every new twist, she was aware that changes come with a cost, even as the business side of country flourished.

Her response was to insist on writing and cutting songs that spoke from the soul, rather than the boardrooms and focus groups of the country music industry. The results have been records that emanate an almost painful beauty, as did her 2002 release, the critically acclaimed It's All Relative (a tribute to her father, the great Mel Tillis).

"What I'm doing is country — but not necessarily the kind that you hear on the airwaves these days," Tillis explains, one drizzly afternoon over coffee, not far from Music Row. "Now, I admire a lot of this music; after all, I've sung rock, pop, R&B, and jazz, so I'm hardly a purist. But what I'm hearing now sounds often more like pop than country to me. And I just seriously felt called by that old different drummer to something a little bit more like the country I remember from my formative years, the country music of my youth." It's also something Tillis' fans and friends clamor for as she encounters them out on the road.

With It's All Relative, which she affectionately calls "the Dad album," Tillis produced one of the most memorable discs to have come out of Nashville in years, largely because of her refusal to conform to expectations. Combing through her father's catalog, she chose songs that had an especially timeless quality, with built-in resistance to the whims of the market. It was a bold statement; more than that, it set the stage for the even more assertive statement that Rhinestoned would make.

"Pam had reached a point where doing a record every year or two wasn't as important as taking the time to make something that had more meaning," says Matt Spicher, who co-produced Rhinestoned with Tillis and Gary Nicholson. "So she decided to embrace the momentum she had established with the Dad record."

"That was the first record I ever made where I wasn't concerned about having to come up with three singles," Pam points out.

"The labels understood that from the beginning," Matt says.

"They said they did," she clarifies.

And that's one reason why Rhinestoned marks the first album to be released on Stellar Cat, Pam's own imprint. With total creative control, she let her heart lead the way toward material that she could perform honestly and emotionally. "This is an A&R-free zone," she says, smiling. "But it is, first of all, real country. It's a bookend to the Dad album, except it has all new songs. It's like a bridge between the present and the past."

How past is this particular past? "If you look at my record collection circa 1974," Pam answers, "you'd see Emmylou, Gram Parsons, Waylon Jennings, Don Williams, Linda Ronstadt, and Neil Young. Flying Burrito Brothers — hippie country I call it — that was some of the best music that ever came out of this town. Maybe it wasn't happening on country radio at the time but it sold record and built careers. It was the vibrant scene on the fringes of country, which was very cool — just as it is today."

The Rhinestoned sessions started in 2004. Pam and Matt whittled 20 songs down to ten, which they cut and set aside, like bottles of wine allowed to mature. A few months later they repeated the process. And then, after reflecting for a while on what she had accomplished, Pam decided something wasn't right. She talked about it with her trusted friend and writing partner Gary Nicholson and reached a critical decision.

"It needed to be more country " she sums up. "I played what we had for Gary, brought him into the picture, and suddenly it felt like we weren't wandering in the woods anymore. Then when I found the song "Band in the Window," suddenly I could see and hear the whole project in my mind right down to the t-shirts, Tillis laughs.

With that, the final round of recording began. All of it, aside from backing vocals, was cut the old-fashioned way: live, just the way those bands still play in the windows along Lower Broadway. Many of Pam's performances were actually guide vocals, laid down in real time with the instrumental tracks but too strong in the end to throw away. Overdubs and fixes were kept to a bare minimum.

The rollicking reverence she brings to "Band in the Window," the affection that radiates between her and John Anderson on "Life Sure Has Changed Us Around," the goofball humor of "Crazy By Myself," the insight of her recitation on "Bettin' Money on Love": All of the up-tempo moments on Rhinestoned emit a sense of freedom that's impossible for Pam to suppress or for any listener to miss.

Even the ballads and deeper performances — the languorous sway of "Something Burning Out," the wounded wisdom of "Train Without a Whistle," the almost whispered yearning of "Someone Somewhere Tonight," and the recklessness of "Down by the Water" — carry a quality that's become sadly unfamiliar in much of today's music.

It's that feeling of delight that comes from singing exactly what you were meant to sing at that moment. It's almost like a kind of ecstasy, which goes a long way when delivered by the incomparable Pam Tillis, without compromise or apology.

You might call it joy, but there's a better word than that for this state of creative exhilaration.