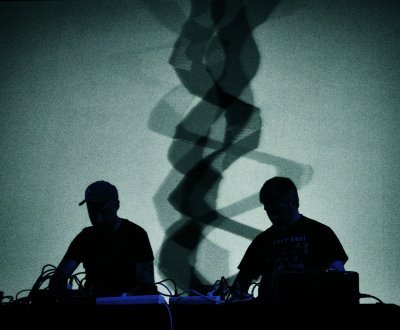 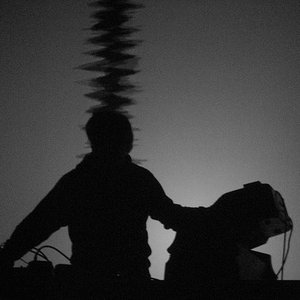 Pan Sonic (known as Panasonic before legal issues took away the letter A) was two guys (Mika Vainio and Ilpo Väisänen) project from Finland, who started out with long-term, low-frequency, high-decibel experiments and organizing rave parties in the country where "hardly anything happens ever". The minimalistic music of Pan Sonic is composed "from a forbidding array of pure tones, sinewaves, pulses, electronic squelches and ultrasonic waveforms, skilfully arranged into an accessible rhythmic package" mainly taken from the bowels of custom-built sinewave generators.

Given songs titled "Kurnutus" or "Rutina" (that is "Croaking" and "Crackle"), the environmental buzz, crackles and hums emanating from the speakers are hardly a surprise. Despite suggesting a harmless set of natural (sounding) frequencies, Pan Sonic have built up a reputation for fearsome live volume levels and atonal indulgence.

Pan Sonic, known as Panasonic from 1993 until 1998, are an internationally renowned Finnish electronic music project which began when Mika Vainio and Ilpo Väisänen first met within the art and techno scene of Turku.
In 1994 (with the 3rd member Sami Salo who left the band in 1996) they started to release on Sähkö, the experimental techno label of their friend Tommi Grönlund.
On their first tour outside of Finland, leading to London, they got a record deal with Blast First, the Mute sub-label where in 1995 they gained international respect with their album "Vakio", originally released as a set of four 10"es.

Within the years they did countless collaborations with other musicians, like Alan Vega, John Duncan, Charlemagne Palestine, Merzbow, FM Einheit, Keiji Haino, they did solo works and are both involved into various side projects, see :