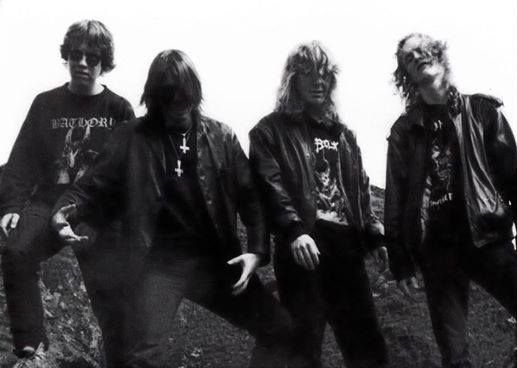 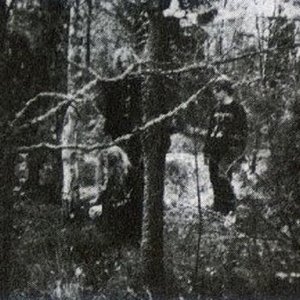 Pan.Thy.Monium was a Swedish avant-garde/death metal band created in 1990 and led by Dan Swanö with several members from another project of his, Edge of Sanity. At this time Dan was going through a crisis and expressed his feelings through the music of Pan.Thy.Monium. The goal was to confuse the listener, so that one can follow his emotions. He constructed the virtual god Raagoonshinnaah, the god of darkness, rain and emptiness, which is the counterpart for his mood. His opponent is Amaraah, the god of light. They fight against each other in their dreams. In the beginning Raagoonshinnaah was stronger than Amaraah.

The first demo …Dawn was never released to the public. There are only a few copies in the possession of Dan and friends. Dawn of Dreams was released 1992 and neither had any track titles nor a list of band members. At this time nobody knew who Pan.Thy.Monium was. The first trace to Dan Swanö was a greeting in the booklet of the album The Spectral Sorrows from Edge of Sanity from Benny to Pan.Thy.Monium. After that the identity of Pan.Thy.Monium was revealed. In 1995 Dream II was released, which was comprised of tracks recorded 1992 and 1994. Khaooohs followed in 1993. After its release the band fell silent. Fans asked about the next album, but Dan didn't want release another one. His confusion in his life was gone, so he felt that it wasn't right to continue with the project. But as a tribute to the loyal fans Khaooohs & Kon-Fus-Ion was recorded 1996 in which Amaraah wins over Raagoonshinnaah in a last fight. This marked the end of Pan.Thy.Monium. There are some rumors, that some band members liked to revive the project, but Dan refused.

Pan.Thy.Monium never played live, even if there is a track on Khaooos which sounds like that. None of the songs has lyrics, the vocals are used as instrument. The band members were in the booklets mentioned with different names: Derelict (Robert Karlsson), Aag (Dag Swanö), Mourning (Robban Ivarsson), Day Disyraah (Dan Swanö) and Winter (Benny Larsson).