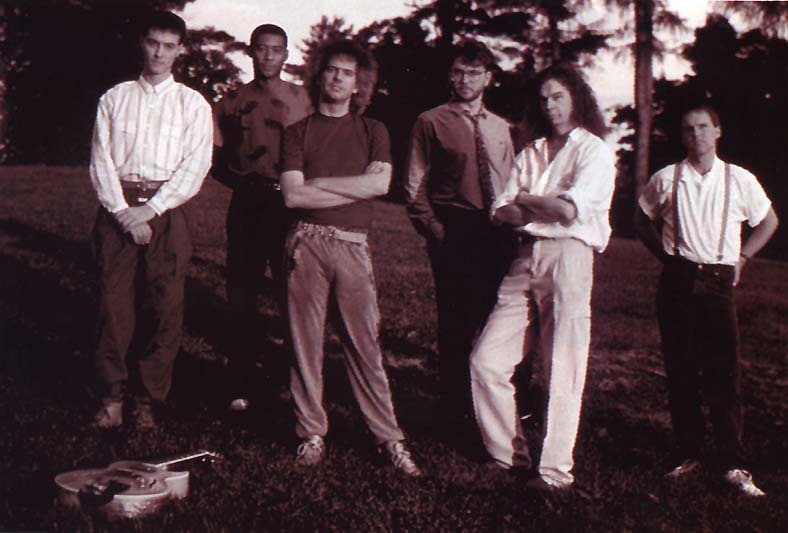 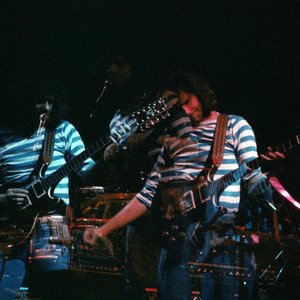 The Pat Metheny Group is a jazz group founded in 1977 known for their consistently recognizable yet eclectic sound, fusing elements of new jazz, fusion, heartland folk, Latin and other international styles. The music ranges from highly refined melodic and rhythmic excursions to lyrical tone poems, to avant-garde textures, and much more.

Founder Pat Metheny came onto the jazz fusion scene in the mid-1970s with a pair of solo albums; the latter of these, 1977's Watercolors, featured keyboard player Lyle Mays. Metheny's follow-up album formalized this arrangement, featuring several songs co-written with Mays; the album was released as the self-titled Pat Metheny Group on the ECM record label. The second group album, American Garage (1980), was a breakout hit, reaching #1 on the Billboard Jazz chart and crossing over onto the pop charts as well, largely on the strength of the up-tempo opening track "(Cross the) Heartland" which would become a signature tune for the group. This early incarnation of the group included Danny Gottlieb (drums) and Mark Egan (bass). The group built upon its success through constant touring across the USA and Europe. The early group featured a unique sound, particularly due to Metheny's Gibson ES-175 guitar and Mays' Oberheim synthesizer and Yamaha Organ. Even in this early state the band played in a wide range of styles from experimental to grassroots. Metheny later started working with the Roland GR300 guitar/synthesizer and the Synclavier System made by New England Digital. Mays expanded his setup with the Prophet V synthesizer made by Sequential Circuits, and later with many other synthesizers.

From 1982 to 1985 the Pat Metheny Group released Offramp (1982), a live set Travels (1983), and First Circle (1984), as well as The Falcon and the Snowman (1985), a soundtrack album for the movie of the same name in which they collaborated with David Bowie. Offramp marked the first appearance of bassist Steve Rodby (replacing Mark Egan) and Brazilian "guest artist" Nana Vasconcelos, whose work on percussion and wordless vocals marked the first addition of Latin music shadings to the Group's sound, a trend which would continue and intensify on First Circle with the addition of Argentinian multi-instrumentalist Pedro Aznar, which also marked the group debut of drummer Paul Wertico (replacing Danny Gottlieb). This period became a peak of commercial popularity of the band, especially for the live recording Travels. First Circle would also be Metheny's last project with the ECM label; Metheny had been a key artist for ECM but left over conceptual disagreements with label founder Manfred Eicher.

Then next three Pat Metheny Group releases would be based around a further intensification of the Brazilian rhythms first heard in the early '80s. Additional Latin musicians appear as guests, notably Brazilian percussion player Armando Marçal . Still Life (Talking) (1987) was the Group's first release on new label Geffen Records, and featured several popular tracks. The album's first tune, "Minuano (Six Eight)," represents a good example of the Pat Metheny group compositional style from this period: the track starts with a haunting minor section from Mays, lifts off in a typical Methenian jubilant major melody, leading to a Maysian metric and harmonically-modulated interlude, creating suspense which is finally resolved in the Methenian major theme. Another popular highlight was "Last Train Home", a rhythmically relentless piece evoking the American Midwest. The 1989 release Letter from Home continued this approach, even more relentlessly Latin, in its bossa and samba pieces. Metheny then again delved into adventurous solo and band projects, and four years went by before the release of the next record for the next Pat Metheny Group, a live set entitled The Road to You, which featured tracks from the two Geffen studio albums amongst new tunes. The group integrated new instrumentation and technologies into its work, notably Mays' unique playing technique accomplished by adding midi-controlled synth sounds at command during acoustic solos via a pedal on the piano.

Mays and Metheny themselves refer to the following three Pat Metheny Group releases as the triptych: We Live Here (1995), Quartet (1996), and Imaginary Day (1997). Moving away from the latin style which had dominated the releases of the previous 10 years, these albums were the most wide-ranging and least commercial Group releases, including experimentations with hip-hop drum loops, free-form improvisation on acoustic instruments, and symphonic signatures, blues and sonata schemes.

After another hiatus, the Pat Metheny Group re-emerged in 2002 with the release Speaking of Now, another change in direction adding musicians to the band who are one generation younger and thus grew up with the Pat Metheny Group. The new members on the bandstand are the drummer Antonio Sanchez from Mexico City, trumpet player Cuong Vu and bassist, vocalist, guitarist, and percussionist Richard Bona from Cameroon.

The latest release, 2005's "The Way Up", is another large concept record which consists of one 68 minute-long piece (although split into four sections solely for CD navigation), a tightly organized, but not through-composed piece based on a pair of three-note kernels: The opening B, A#, F# and the derived B, A, F#. The auditory's reception of The Way Up was very homogeneous as the piece received invariably standing ovations in each of the almost 90 concerts during the world tour 2005. On The Way Up, harmonica player Grégoire Maret from Switzerland was introduced as a new group member, while Richard Bona contributed only as a guest musician. During the world tour brazilian multi-instrumentalist Nando Lauria completed the line-up of the PMG. The Way Up was released through Nonesuch Records and all of Metheny's Geffen and Warner Brothers releases are to be released on the label.