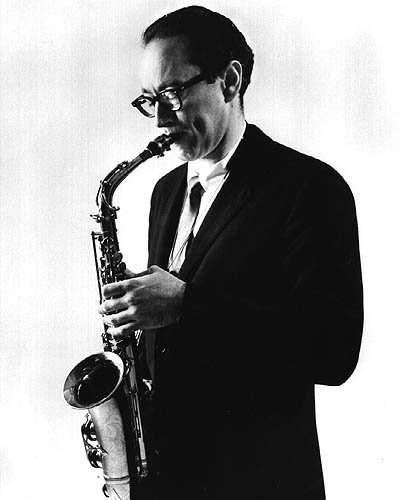 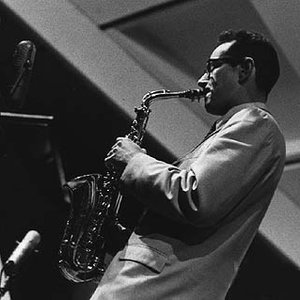 Desmond was born Paul Emil Breitenfeld in San Francisco, California on 25th November 1924. He came to prominence with the Dave Brubeck Quartet, which lasted from 1951 until 1967. Desmond wrote their biggest hit, "Take Five".

Desmond's alto saxophone tone and technique owed nothing to the great alto player of the time, Charlie Parker; instead his was a clear, light, floating sound and highly melodic playing style. Much of the success of the classic Brubeck quartet was due to the superposition of his fragile, airy sound over Brubeck's sometimes relatively heavy, polytonal piano work.

Paul Desmond is widely recognized for his genius as a melodic improviser and as the benchmark of cool jazz sax players. His warm, elegant tone was one that he admittedly tried to make sound like a dry martini. He and Art Pepper were virtually the only alto players of their generation not directly influenced by Charlie Parker. Desmond was influenced by Lester Young, but took it further, into melodic and harmonic worlds never before traveled by reedmen – especially in the upper registers. Desmond is best known for his years with the Dave Brubeck Quartet (1959-1967) and his infamous composition "Take Five." He met Brubeck in the late '40s and played with his Octet. The Quartet formed toward the end of 1950 and took final shape with Eugene Wright and Joe Morello a few years later. Jazz at Oberlin and Take Five were considered essential purchases by college students of the era, but Jazz Impressions of Japan was its most innovative recording. Desmond played his loping, slow, ordered, and intricate solos in direct contrast to the pianist's obsession with large chords, creating a myriad of textures for melodic and rhythmic counterpoint unlike any heard in jazz. His witty quotations from musicals, classical pieces, and folk songs were also a watermark of his artistry. When the Quartet split in 1967, Desmond began an intermittent yet satisfying recording career. It included dates with Gerry Mulligan for Verve, various sessions with Jim Hall, and a concert with the the Modern Jazz Quartet. He played his last gigs with the Brubeck Quartet at reunions before dying of lung cancer. Desmond's recordings for RCA have gotten box-set treatment and Mosaic issued one of the complete sessions with Hall. There are also reissues from A&M and CTI, though recordings on Artist House and Finesse remain regrettably out of print. ~ Thom Jurek, Rovi