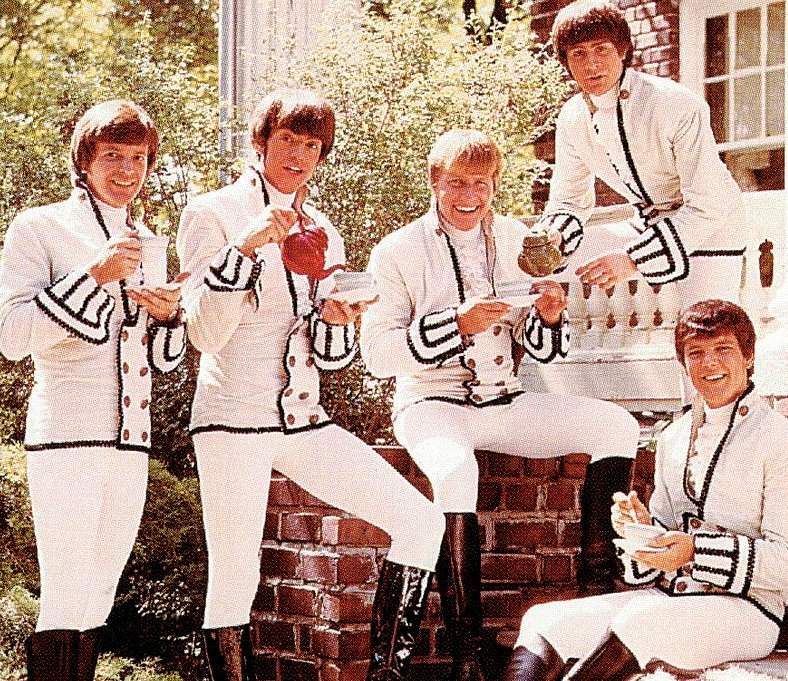 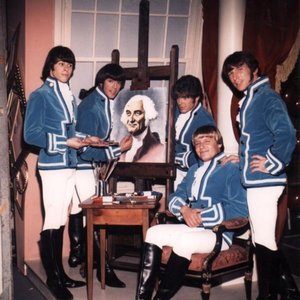 Paul Revere and The Raiders

The band, initially located in Boise, Idaho, started as an instrumental rock outfit led by organist Paul Revere Dick (January 7, 1938 – October 4, 2014) (named in honor of the Revolutionary War hero), who in his early twenties already owned several restaurants in Portland, Oregon. Singer Mark Lindsay (March 9, 1942), joined in 1958. Originally called The Downbeats, their name was changed to Paul Revere & The Raiders in 1960 on the eve of their first record release for Gardena Records. The band scored their first Pacific Northwest regional hit in 1961 with "Like Long Hair", an instrumental. Revere was drafted, became a conscientious objector and worked at a mental institution for a year and half of deferred service. After reforming the band, they attracted national attention again with a cover of "Louie Louie", which was picked up by Columbia Records although beaten in the charts by The Kingsmen's version.

Known for their live high energy rock n' roll performances they consistently toured the Northwest - hitting the no-alcohol teen venues where the testosterone levels were as high as the high school beer buzzes that fueled the rowdy crowds of sweating dancers out for the transcendence of the music, or maybe just to get laid. The highlight of their gigs in the early 60's was the 6 foot high cardboard mock up of a can of Crisco that came on during the song "Crisco Party", which was about the delights of getting naked, smearing yourself and your teenage honey all over in Crisco and doing the diry boogie all night long. Never has an organ (Paul Revere's that is!) wailed so in tune with with the zeitgeist. Mark Lindsay was always out in front, on stage and into the crowds, but it was Paul Revere who lead the crowd involvement, bouncing the big Crisco barrel off the stage and into the dancehalls and dance floors of the teenage wastelands - before the Vietnam war changed the vibes and the audiences began to sit and listen to the lyrics and innocent horniness teenage was replaced by the searching for meaning in the midst of a war that threatened to kill them.

They would maintain a huge level of popularity in the mid-1960s beginning with "Just Like Me" (1965), which marked the beginning of a string of garage rock classics. The Raiders, under the guidance of producer Terry Melcher, increasingly emulated the sounds of British Invasion bands such as The Beatles, The Rolling Stones, and The Animals albeit with an American R&B feel.

The band appeared regularly on national television, especially on Dick Clark's Where the Action Is, Happening '68, and It's Happening, the latter two of which were co-hosted by Paul Revere and Mark Lindsay. Here they were presented as the American response to the British Invasion. The group wore American Revolutionary War soldier uniforms and performed slapstick comedy and synchronized dance steps while the ponytailed Lindsay lip synched to their music. This farcical, cartoonish image obscured the proto-hard rock sound that their music often took.

In mid-1967, with three gold albums to their credit, they were Columbia Records' top-selling rock band; their Greatest Hits album was one of two releases selected by Clive Davis to try out a higher list price for albums expected to be particularly popular, along with Bob Dylan's Greatest Hits.

Changing tastes in the late 1960s rendered the group unfashionable, but they still continued to have hits through the rest of the decade, "I Had A Dream" (1967 - #20), "Too Much Talk" (1968 - #18, and an illustration of their tendency towards Beatles imitations), and "Mr. Sun, Mr. Moon" (1969 - #18). Tensions between Lindsay and Revere increased during this time; Lindsay wanted to go more in the direction of hard rock acts like Led Zeppelin or the James Gang, while Revere sought a bubblegum pop direction. Lindsay's vision for the Raiders was represented on songs such as "Let Me" (1969 - #20 - Gold Single), "Powder Blue Mercedes Queen" (1972 - #54) and "Just Seventeen" (1970 - #70) and the 1970 album Collage. By the time of the release of Collage the band's name was officially shortened to The Raiders. "Freeborn Man", written by Lindsay and bassist Keith Allison, has since gone on to be a Country Rock standard, covered by The Outlaws, Junior Brown, and Glen Campbell amongst many others.

Ironically, their single release "Indian Reservation" (1971 - #1 - Platinum single) would be their biggest hit of all, after about a year and a half or so of no hits.
In 1972 The Raiders made one last attempt at a pop album with Country Wine but Columbia was sinking money into other acts, such as Mott The Hoople and Aerosmith, and Country Wine and The Raiders sank in the resulting quagmire.
Lindsay left the band in 1975 to continue his solo career as a country star of sorts, landing a hit single with Kenny Young's "Arizona". Country music was also the choice of short-lived member Freddy Weller, who had more success in this market. Revere continued to put together Raiders lineups with some success, but Lindsay had clearly been the star of the band.

The punk rock and New Wave eras would see a wave of interest in the Raiders' music; "I'm Not Your Stepping Stone" was covered by The Sex Pistols and Liverpool band The Farm (although The Monkees' cover version was more well known than the Raiders' original), and later "Just Like Me" would be covered by The Circle Jerks (as well as by more mainstream figures like Joan Jett and Pat Benatar). "Hungry" was also covered by Sammy Hagar. The Paisley Underground, garage rock revival, and grunge movements would all acknowledge the Raiders' influence.
Revere has continued to play shows on the oldies circuit and in Las Vegas with various Raiders. Lindsay is musically semi-retired and lives in Hawaii, but occasionally plays. Other members of the band constantly changed; bassist Keith Allison, who played in the Raiders from 1968 to 1975, is probably the best known of them, and has since gone into acting, and has appeared in the film Gods and Generals.

Mark Lindsay performed as part of the "Happy Together" tour with the Turtles, Mickey Dolenz, the Grass Roots and the Buckinghams in 2010. The tour was well received in the US.

Lindsay was invited on stage by Mitch Ryder at the "Hippiefest" tour in Fort Lauderdale, FL, on July 31, 2010 and performed "Kicks" to a wildly appreciative audience at the Broward Center for the Performing Arts.