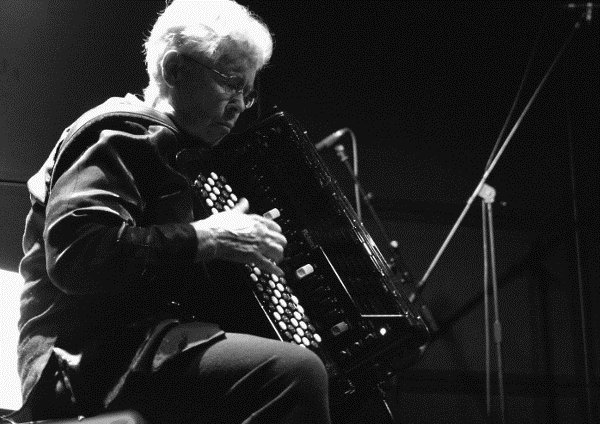 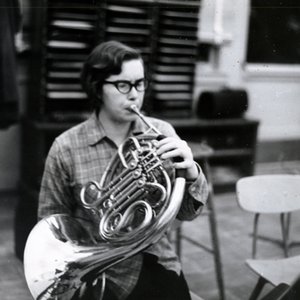 Pauline Oliveros (May 30, 1932 – November 24, 2016) was an American composer and accordionist who was a central figure in the development of experimental and post-war electronic art music.

She was a founding member of the San Francisco Tape Music Center in the 1960s, and served as its director. She has taught music at Mills College, the University of California, San Diego (UCSD), Oberlin Conservatory of Music, and Rensselaer Polytechnic Institute. Oliveros has written books, formulated new music theories and investigated new ways to focus attention on music including her concepts of "Deep Listening" and "sonic awareness". She was an Eyebeam resident.

Composer Pauline Oliveros is a maverick in the field of electronic music. Oliveros' first instrument was the accordion; as a teenager in Texas she played in a 100-piece accordion group that appeared at the rodeo. In 1949 she entered the University of Houston, but in 1952 transferred to San Francisco State College. Oliveros studied music privately with Robert Erickson and began to associate with a loose confederation of like-minded composers; Terry Riley, Steve Reich, and Morton Subotnick among them. Oliveros was among the first composers to participate when Subotnick and Ramon Sender founded the San Francisco Tape Center in 1961, and served as the Center's director in the first year following its move to Mills College (1966-1967). Some of the pieces Oliveros created in the 1960s, such as Bye Bye Butterfly (1965) and I of IV (1966; created at the University of Toronto) are acknowledged as classics of electronic music. From the beginning Oliveros was not greatly interested in electronic tape and its manipulation, preferring to explore real-time electronics, interactivity, and the use of delays.

In the early '70s Oliveros began to amplify the theatrical aspect of her works, in addition to incorporating elements of her growing interests in spirituality and meditation. This touched off a series of pieces that emphasized intuition and consciousness among large masses of people. During this time Oliveros temporarily abandoned systems of notation, instruments, and even the use of electronics. By 1975, however, Oliveros had rediscovered her accordion and began to compose drone pieces with voice, among the earliest being Horse Sings From Cloud. In the mid-'80s, Oliveros began to develop EIS (the Expanded Instrument System) utilizing early digital electronic music technology. In 1988 Oliveros, Stuart Dempster, and vocalist Panaoitis formed the Deep Listening Band, which debuted playing in an empty two-million gallon water tank located at Fort Worden in Washington State; a year later composer David Gamper joined the group as the permanent third member. Among Oliveros' major works since then has been the multimedia theater piece Njinga the Queen King (1993), a collaboration with the writer Ione. In 1985 Oliveros founded the Pauline Oliveros Foundation (now the Deep Listening Institute) in Kingston, NY, a humanitarian organization that promotes the performance, practice, and technological developments associated with Oliveros' concept of "deep listening."