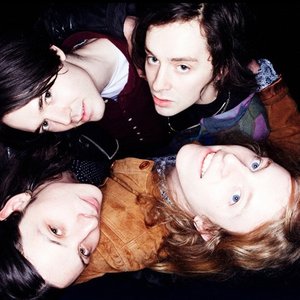 Peace is a name of at least seven artists:

1. Based out of Birmingham, England, Peace create drifting, melodic indie rock that merges the crawling atmosphere of classic post-punk with the pop-oriented bounce of modern bands like Vampire Weekend. Formed by brothers Harrison and Samuel Koisser, on vocals/guitar and bass, respectively, as well as guitarist Douglas Castle and drummer Dominic Boyce, the band came together in 2010 before gaining recognition among the U.K. press with its début outing, the Delicious EP, which was released on Columbia in 2012. A full-length effort, In Love, followed in early 2013. ( http://peaceforeverever.co.uk )

3. . An indie band based in Vancouver, British Columbia whose début EP 'Slow Children' was released summer 2009. In 2011 they released their first full length 'My Face' on Pop Echo Records. ( http://www.myspace.com/peacevancouver )

4. Based out of Kamloops, BC, PEACE is a funk-rock quintet

6.A band formed by Paul Rodgers during the 1971 break-up of Free. Only four songs are in circulation: two from a BBC session and two from the compilation album Songs of Yesterday (disc 5).