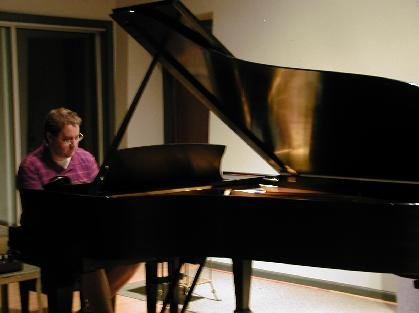 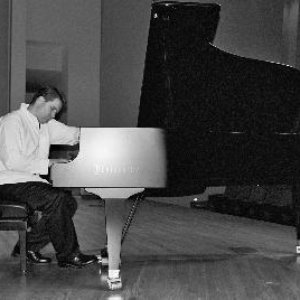 With a piano style somewhere between David Lanz and Jim Brickman, Philip Wesley brings solace and a spiritual depth to the music world with his tender romantic playing. Perhaps Solo Piano Publications and Wind and Wire Publications said it best when they described his music as “pure solace”, “reflective and optimistic.”

Interestingly enough, if you ask Philip about his musical background he might surprise you. He comes not from a background of relaxing piano music, but grew up a typical 1980's teenager, playing guitar and strongly under the influences of virtuoso rock artists Eric Johnson, Joe Satriani, Steve Vai, and Stevie Ray Vaughn.

Up until college, Philip only played the guitar and had no experience with the piano. Once in college though he heard the piano music of artists like David Lanz and Yanni and was instantly hooked. From that point on he immersed himself in this style of music and never looked back. In college, Philip’s studies included music theory, composition, and piano. Eventually he went on to obtain a Bachelors of Science in Music Therapy.

In 1997, during his music therapy internship, Philip composed and co-produced a relaxation stress management CD. During a performance and lecture on music and healing, he was featured in a St. Louis Post Dispatch article called “Relaxation Rhythms” and received hundreds of letters in response to his music. Later that same year he composed the music for another relaxation/stress management CD. In 2001, Philip’s music was featured on St. Louis’s CBS affiliate KMOV in a news report on stress management. Philip also continued with his work as a board certified music therapist in a hospital setting.

In 2002, Philip released his first solo piano album, “Finding Solace”, a tender collection of all original piano compositions. “Most of the music from this album I had been sitting on for years, not doing anything with it but playing for myself and a few close friends and family. After a terrible bout with pneumonia and a period of deep reflection, I decided to finish the album and release my music to the world.”

The beginning of 2003, Philip began a promotional tour for “Finding Solace” performing exclusively at Borders Books and Music and then Westfield Shoppingtowns. In 2004 Philip became the only piano artist in St. Louis, and the only music therapist in the world to join the ranks of legendary pianists David Lanz, Suzanne Ciani, and Wayne Gratz at Whisperings solo piano radio. Since then Whisperings has gone on to become the #1 solo piano radio station on internet radio, and the most listened to station on live365.com. Thanks to the internet, Philip is beginning to reach music lovers around the country and across the globe.

In 2004, Philip released his second CD “In a Lifetime” which goes on to add some drama and sweep including a cover of “Greensleeves”, and his original song “Equestrian Dream”. Philip’s music has been reviewed by the renowned Wind and Wire Publications and Solo Piano Publications. They have compared Philip’s sound to an early David Lanz with songs like “Lamentations of the Heart” and “Still Waters Run Deep”, to the more accessible sounds of Jim Brickman including songs like “Loves Last Embrace”, and “State of Grace”.

In 2005 Philip continued a rigorous touring schedule including appearances at various Borders Books and Music, Westfield Shoppingtowns, St. Louis Children's Hospital, Eden United Church of Christ and 2 different solo piano radio concert performances including Birmingham, and St. Louis. Philip closed out 2005 with a promotion of his newest CD release entitled "Comfort and Joy". This contemporary celebration of Christmas blends the timeless melodies of the holidays and Philip's signature piano style.

In 2008 Philip released his 4th CD 'Dark Night of the Soul'. This collection of new music is filled with sweet melancholy and beautiful angst.