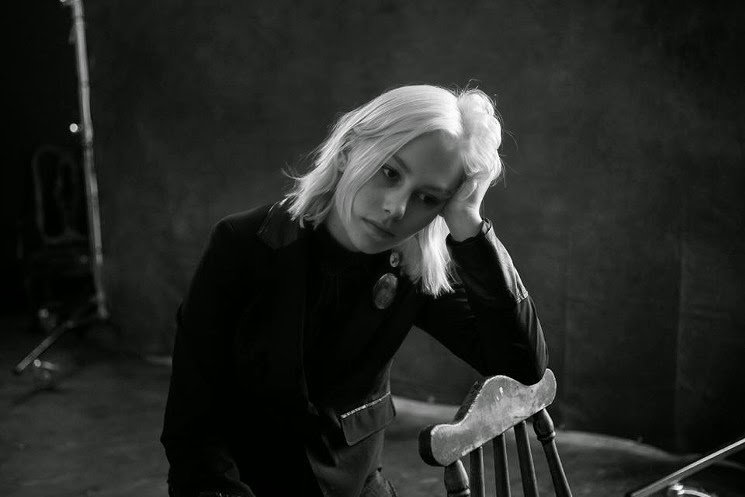 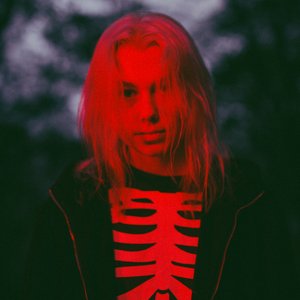 Phoebe Lucille Bridgers (born August 17, 1994) is an American indie musician from Los Angeles, California. Best known for her work as a solo singer-songwriter, she is also known for being part of the musical groups boygenius (with Julien Baker and Lucy Dacus) and Better Oblivion Community Center (with Conor Oberst). Bridgers made her solo debut with the studio album Stranger in the Alps (2017), followed by Punisher (2020) which earned Bridgers widespread critical acclaim and four Grammy Award nominations, including Best New Artist.

Early life
Phoebe Lucille Bridgers was born on August 17, 1994 in Pasadena, California, where she was raised. As a child, Bridgers made extra money by busking at the Pasadena Farmers Market. Bridgers is a graduate of the Sequoyah School in Pasadena and Los Angeles County High School for the Arts. She spent some of her childhood in Ukiah, California.

Career
Early in her career, Bridgers played guitar and sang lead vocals in Einstein's Dirty Secret and played bass in Sloppy Jane. Bridgers' career came to light when she met American singer-songwriter Ryan Adams through mutual collaborator Harrison Whitford. Adams produced her major label debut 7", Killer, and released it on his record label, PAX AM in 2014. During this time the two began a romantic relationship. In early 2016, Bridgers supported Julien Baker on her 2016 East Coast tour.

On March 3, 2018, Bridgers appeared on CBS This Morning: Saturday and sang "Motion Sickness" and "Scott Street".

In May 2018 Bridgers was featured on a remake of the Lord Huron song "The Night We Met" for the soundtrack to season 2 of the Netflix television series 13 Reasons Why. In 2019, Bridgers teamed up with The National's Matt Berninger to record a track for Between Two Ferns: The Movie called "Walking on a String" and appeared in the film. The song was released on October 17, 2019.

2018–2019: Boygenius and Better Oblivion Community Center
In 2018 Bridgers, Julien Baker and Lucy Dacus formed the group Boygenius. They released three songs in August 2018 and subsequently announced an EP and a tour. The EP, boygenius, was released on October 26, 2018. Bridgers and Conor Oberst revealed their new band Better Oblivion Community Center on The Late Show with Stephen Colbert and released their eponymous debut album in January 2019 (released through Dead Oceans). On January 26, 2019, they were interviewed on CBS This Morning Saturday and performed "Dylan Thomas" and "Didn't Know What I Was in For". The show ended while they performed "My City". Bob Boilen, creator of NPR's "All Songs Considered" and the NPR "Tiny Desk" video series, said of their album, "Better Oblivion Community Center came as a surprise to us all this year and, at the moment, their self-titled release is my favorite record of 2019. It's that rare musical partnership where each injects vibrancy into the other's creative side."

On April 3, The 1975 released their single "Jesus Christ 2005 God Bless America" from their upcoming album, Notes on a Conditional Form on which Bridgers featured. She also features on three more songs from the same album.

On April 9, Bridgers released the song "Kyoto" and announced via an Instagram post that her second album, titled Punisher, would be released on June 19, 2020, but was released a day early on June 18, 2020. She stated, "I'm not the record until things go back to 'normal' because I don't think they should. Here it is a little early." The album received widely positive reviews and made its debut at number 6 on the UK album charts week ending July 2, 2020.

While awaiting the results of the 2020 United States presidential election on November 3, Bridgers tweeted that she would cover "Iris" by Goo Goo Dolls if Donald Trump lost. The cover, which was recorded as a duet with Maggie Rogers under the name Phoebe & Maggie, was released exclusively via Bridgers’ Bandcamp page for one day only on November 13 and was downloaded 28,000 times, with proceeds going towards Stacey Abrams’ Fair Fight Action organization to promote fair elections in the state of Georgia as well as nationally. Though the song was available for one day, Billboard confirmed it would have been eligible to top their Digital Song Sales chart. On November 10, Bridgers announced an EP of four reworked tracks from Punisher titled Copycat Killer that was released digitally on November 20. On November 23, Bridgers released a cover of Merle Haggard's "If We Make It Through December" through Dead Oceans, with proceeds going towards Los Angeles' Downtown Women's Center.

On December 1, 2020, Bridgers released a music video for the song "Savior Complex". It was directed by actress Phoebe Waller-Bridge and stars Paul Mescal. She featured on the Kid Cudi track "Lovin Me" which appears on his album Man on the Moon III: The Chosen, which was released December 11.

On March 14, 2021, Bridgers attended the 63rd Grammys ceremony with her mother Jamie and her brother Jackson. she wore a skeleton outfit designed by Thom Browne. Though Bridgers did not win any grammys she did post a picture on Instgram of her empty handed with the caption " heres a picture of me with my grammys."

Personal life
Bridgers is bisexual. Bridgers dated Ryan Adams beginning in 2014, before eventually breaking up; her song "Motion Sickness" is about the end of their relationship. Along with several other women, Bridgers accused Adams of sexual misconduct in a 2019 report by The New York Times. She is a pescetarian. Bridgers' mother, Jamie, is a stand up comedian and often tells jokes about her daughter.