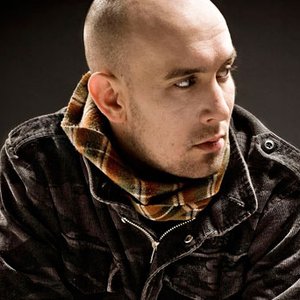 Phrase is
1. A hip-hop artist
2. A bandcamp artist

Growing up in the suburbs of Melbourne, Phrase’s love of hip hop kicked off in his early teens when he started listening to Ice T, NWA, Ice Cube, and 2Pac. Whilst he was a certified fan of these US rappers, it wasn’t until he began listening to community radio and new Australian rappers that he started to feel a real affinity with hip hop as an art-form. “These dudes were rapping about issues that I relate to like cops, graffiti, and crime in Australia. Without the frills.” Swapping his spray-cans for a mic, Phrase began to develop his flow, providing himself with a new focus, and in turn sparking his ambitions.
Inspired by the likes of Bias B, Lyrical Commission, and Hilltop Hoods, Phrase began to piece together an album’s worth of material with a team of like-minded collaborators. Working together with producers Daniel Merriweather and J-Skoobz, tracks began to develop with a hardcore obsession to make sure all the right lyrics and sounds were in place.

Complementing the razor-sharp lyrics, are the hard-hitting beats (of which Phrase contributed to 3⁄4 of the way through the process, teaming up with Merriweather and J Skoobs to form production outfit Crooked Eye), and the soulful melodies that help Phrase raise the stakes of Australian hip hop. In addition to Australian rappers and vocalists such as Brad Strut, Max White, Lee Sissing, and Daniel Merriweather, international borders have also been crossed via collaborations with New York rapper Saigon (Atlantic Records) and UK rapper Mystro (Low Life Records). With the assistance and guidance of Marlin Records, and now the distribution of Universal Music in place, Phrase is ready to step it up. This is next-level Aussie Hip-Hop, fluently fusing rap, with rock and soul. With a firm nod from those who came before him, and those who surround him, Phrase’s debut album “Talk With Force” has arrived to take prisoners.