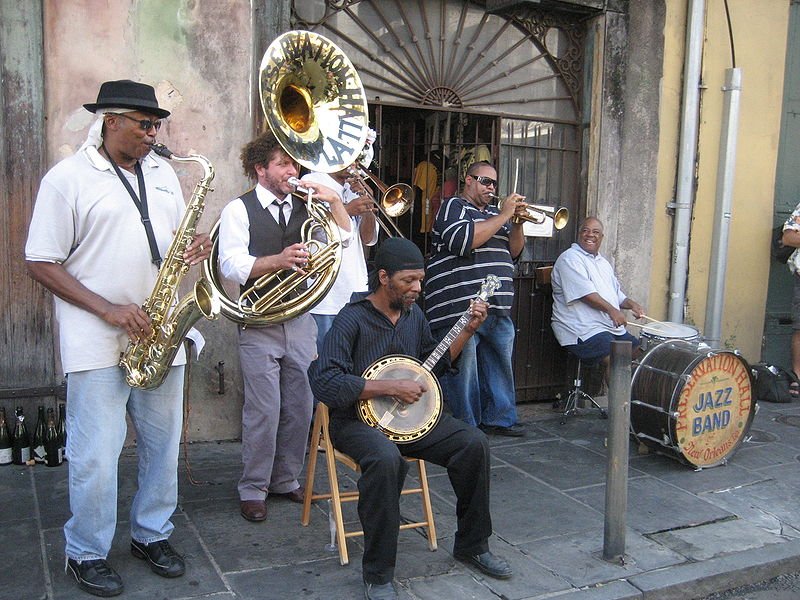 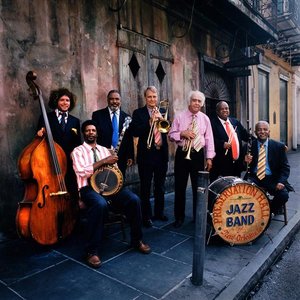 Preservation Hall was started in the early 1960’s by a Californian named Ken Mills assisted by a lady by the name of Barbara Reid. Mills was a jazz buff who wanted to get the older musicians playing in public again and, of course, record them. He rented a hall on St Peter Street and Preservation Hall was born. Alan Jaffe, referred to in a later paragraph, came on the scene after Mills. In those early days the $400 monthly rent for the hall and the musicians’ fees were met from the nightly “kitty” collection from the audience. There were so many requests for “The Saints Go Marching In” that the bands grew tired of playing the tune and so a minimum donation of $5 (or perhaps it was $10) dollars was requested. The audience thrilled to the sounds of George Lewis, clarinet, Kid Howard, trumpet, Kid Sheik, trumpet, Jimmy Clayton, trumpet, Kid Thomas, trumpet, Charlie Love, trumpet, DeDe Pierce, trumpet, “Slow Drag” Pavageau, bass, Louis James, bass, Milé Barnes, clarinet, Steve Angram, clarinet, John Casimir, clarinet, Israel Gorman, clarinet, Louis Nelson, trombone, Jim Robinson, trombone, Emmanuel Sayles, banjo, Harrison Verret, banjo, Sammy Penn, drums, Barney Bigard, drums, Billie Pierce, piano, and many others.

The Preservation Hall Jazz Band usually performs nightly at Preservation Hall in New Orleans, and tours around the world over 150 days a year. Hurricane Katrina, however, forced Preservation Hall to close through the fall and winter of 2005, and the building remained shut until April 2006. The band continued to tour while the hall was closed.

Art dealer Larry Borenstein opened an art gallery in a building he called Associated Artists Studio in 1961. This evolved into Preservation Hall. A young tuba player, Allan Jaffe, ran the hall and organized tours for the musicians who often performed there, naming the band after the venue. The late Allan Jaffe was often in the Preservation Hall band; his son string bass player Ben Jaffe often is now.

The group has been touring the United States for more than 25 years. The Preservation Hall Jazz Band seek to preserve music evolved in New Orleans, and to bring it to contemporary audiences.

In 2006, the band was awarded the National Medal of Arts.