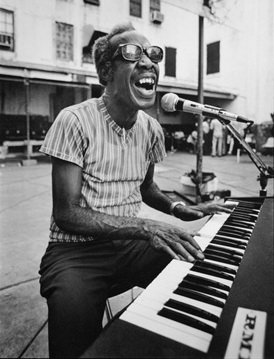 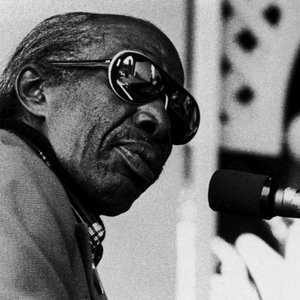 Henry Roeland "Roy" Byrd (December 19, 1918 – January 30, 1980), better known as Professor Longhair also known as "Fess", was a New Orleans rhythm & blues singer and pianist. Professor Longhair is noteworthy for having been active in two distinct periods, both in the heyday of early rhythm and blues, and in the resurgence of interest in traditional jazz after the founding of the New Orleans Jazz and Heritage Festival.

Professor Longhair was born on December 19, 1918 in Bogalusa, Louisiana. He made a living as a street hustler until he started to play piano seriously in his thirties. He taught himself how to play on a piano with missing keys so his style became distinct.
He began his career in New Orleans in 1948, earning a gig at the Caldonia Club, where the owner, Mike Tessitore, bestowed Longhair with his stage name (due to Byrd's shaggy coiffure). Longhair first recorded in 1949, creating four songs (including the first version of his signature song, "Mardi Gras in New Orleans," complete with whistled intro) for the Dallas, Texas based Star Talent label. His band was called the Shuffling Hungarians, for reasons lost to time. Union problems curtailed their release, but Longhair's next effort for Mercury Records the same year was a winner. Throughout the 1950s, he recorded for Atlantic Records, Federal Records and other, local, labels. Professor Longhair had only one national commercial hit, "Bald Head" in 1950, credited to Roy Byrd & His Blues Jumpers. He also recorded his pet numbers "Tipitina" and "Go to the Mardi Gras". However, he lacked the early crossover appeal of Fats Domino for white audiences.
After recuperating from a minor stroke, Professor Longhair came back in 1957 with "No Buts - No Maybes." He revived his "Go to the Mardi Gras" in 1959; this is the version that surfaces every year at Mardi Gras in New Orleans.
He first recorded "Big Chief" with its composer Earl King in 1964. In the 1960s Professor Longhair's career faltered. He became a janitor to support himself, and fell into a gambling habit.
He appeared at the 1971 New Orleans Jazz and Heritage Festival to restore his standing, and played at the 1973 Newport Jazz Festival and the Montreux Jazz Festival. His recorded live set, Live on the Queen Mary (1978) came from a party given by Paul and Linda McCartney. His single visit to the UK, in 1978, was commemorated by The London Concert.
By the 1980s his albums, such as Crawfish Fiesta on Alligator and New Orleans Piano for Atlantic, had become readily available across America. He appeared on the PBS series Soundstage (with Dr. John, Earl King, and The Meters) and co-starred in the film documentary Piano Players Rarely Ever Play Together. The latter became a memorial tribute when Longhair died in his sleep from a heart attack in the middle of filming. Footage from his funeral was included.
In 1981 he was inducted into the Blues Hall of Fame. He was awarded a posthumous Grammy for his early recordings released as House Party New Orleans Style, and in 1992 was inducted into the Rock and Roll Hall of Fame.
The B side of the 1985 Paul McCartney single 'Spies Like Us', entitled 'My Carnival', credited to Paul McCartney & Wings, was recorded in New Orleans and dedicated to Professor Longhair.
Fess's song "Tipitina" is covered by Hugh Laurie on the 2011-CD album "Let Them Talk". Laurie is a long-time fan, having used Fess's "Go to the Mardi Gras" as the theme for the pilot episode of A Bit of Fry & Laurie.

In the 1940s Professor Longhair was playing with Caribbean musicians, listening a lot to Perez Prado's mambo records, and absorbing and experimenting with it all. He was especially enamored with Cuban music. Longhair's style was known locally as rumba-boogie. Alexander Stewart states that Longhair was a key figure bridging the worlds of boogiewoogie and the new style of rhythm and blues." In his composition "Misery," Professor Longhair plays a habanera-like figure in his left hand. The deft use of triplets in the right hand is a characteristic of Longhair's style.

Tresillo, the habanera, and related African-based single-celled figures have long been heard in the left hand part of piano compositions by New Orleans musicians, for example—Louis Moreau Gottschalk ("Souvenirs From Havana" 1859), and Jelly Roll Morton ("The Crave" 1910). One of Longhair's great contributions was the adaptation of Afro-Cuban two-celled, clave-based patterns in New Orleans blues. Michael Campbell states: "Rhythm and blues influenced by Afro-Cuban music first surfaced in New Orleans. Professor Longhair’s influence was . . . far reaching. In several of his early recordings, Professor Longhair blended Afro-Cuban rhythms with rhythm and blues. The most explicit is 'Longhair’s Blues Rhumba,' where he overlays a straightforward blues with a clave rhythm." The guajeo-like piano part for the rumba-boogie "Mardi Gras in New Orleans" (1949), employs the 2-3 clave onbeat/offbeat motif. The 2-3 clave time-line is written above the piano excerpt for reference.

According to Dr. John (Malcolm John "Mac" Rebennack, Jr.), the Professor "put funk into music . . . Longhair's thing had a direct bearing I'd say on a large portion of the funk music that evolved in New Orleans." This is the syncopated, but straight subdivision feel of Cuban music (as opposed to swung subdivisions). Alexander Stewart states that the popular feel was passed along from "New Orleans—through James Brown's music, to the popular music of the 1970s," adding: "The singular style of rhythm & blues that emerged from New Orleans in the years after World War II played an important role in the development of funk. In a related development, the underlying rhythms of American popular music underwent a basic, yet generally unacknowledged transition from triplet or shuffle feel to even or straight eighth notes. Concerning funk motifs, Stewart states: "This model, it should be noted, is different from a time line (such as clave and tresillo) in that it is not an exact pattern, but more of a loose organizing principle."

The journalist Tony Russell, in his book The Blues – From Robert Johnson to Robert Cray, stated "The vivacious rhumba-rhythmed piano blues and choked singing typical of Fess were too weird to sell millions of records; he had to be content with siring musical offspring who were simple enough to manage that, like Fats Domino or Huey "Piano" Smith. But he is also acknowledged as a father figure by subtler players like Allen Toussaint and Dr. John."