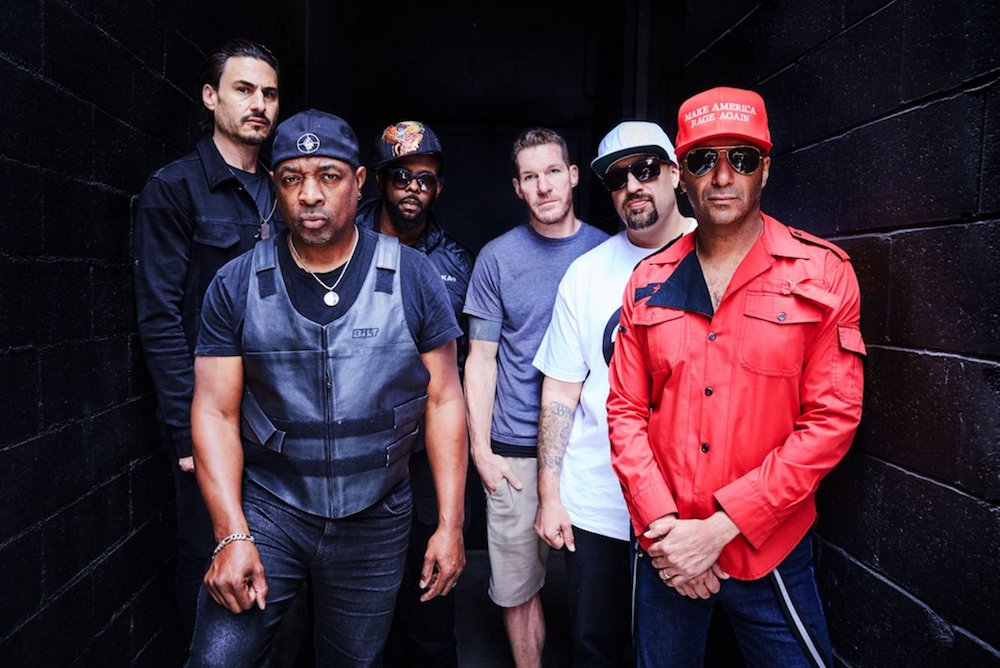 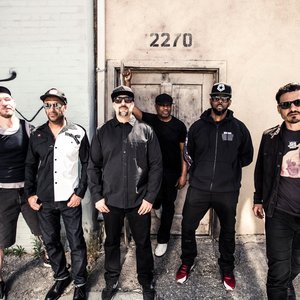 Morello declared to Rolling Stone: "We're an elite task force of revolutionary musicians determined to confront this mountain of election year bullshit, and confront it head-on with Marshall stacks blazing."

The band's name derives from the title of the Public Enemy song "Prophets of Rage" from its 1988 album It Takes a Nation of Millions to Hold Us Back. To coincide with the band's protest performance at the Republican National Convention, it released its debut single, titled "Prophets of Rage". The band played its first live show on January 20, 2016.

From May 2016 through October 2016, the band embarked on a North American tour, dubbed the "Make America Rage Again Tour". The set list combined the catalogues of each of the band members' current and former groups, as well as new material written by the band. There is a "Make the World Rage Again" tour scheduled for 2017.

An EP The Party’s Over was released on August 19, 2016. Alongside the songs Prophets of Rage and The Party’s Over, the EP contains live cover versions of the songs "Killing in the Name" (Rage Against the Machine), "Shut 'Em Down" (Public Enemy) and "No Sleep 'til Cleveland", a rework of "No Sleep 'til Brooklyn" by the Beastie Boys. The EP was produced by Brendan O'Brien.

2) Rico Pabón has kept his soul intact through music as the lead member of Prophets of Rage (POR) and as MC for San Francisco Bay Area Afro-Latin Hip Hop band Agua Libre (formerly O-Maya). 1994 saw the first release from POR, No More Patience. In 1997, after the release of their sophomore offering, Brand New World, POR seemed poised for a national breakthrough. Their single, Memories, was in heavy rotation at urban radio stations around the country, including San Francisco's KMEL. Unfortunately, despite airplay and critical acclaim, national prominence eluded the group as their music was buried in the rubble of music industry restructuring.

3) Prophets of Rage was founded by Ewol in K-Town(Kaiserslautern), Germany in 1992. He later invited Yeti as a member and finally Styxx 1993. They released their experimental hip hop debut album, Unite or Perish in 1994. They toured with Megavier ( The Fantastic Four and Megalomaniacs). IN 1996, without Yeti; Ewol, Styxx, added Cave Dave on bass, Sebo on guitar, and Jules on drums. DJ AMIR and DJ SHADOW HELD IT DOWN!! They released their second album, Zen Gravy in 1997 with Four Music. This time around there were features including DJ Amir of Dungeon Mastaz. The album was once again experimental hip hop with a band backing them up on tour with Coolio and Coolen Saue. They helped change the German hip hop scene with their advanced styles of rhyming and sharp production. Additional production and moral support came from DJ. Shadow.