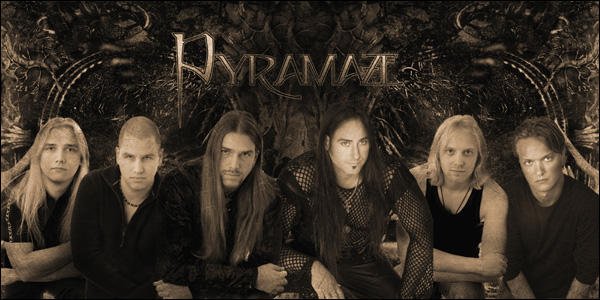 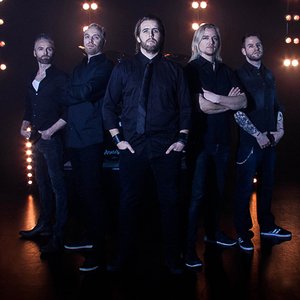 Pyramaze started in the winter of 2001 in Hjordkær, Denmark when Michael Kammeyer left his former band, Damion. After the split, Michael took a short break from music to clear his mind, gathering new inspiration. After a few months, the idea of writing a complete self-financed album of his own material formed in his mind. The following months were spent in intensive song-writing mode, and by the summer of 2002 Michael found himself with enough material for a complete album. The time had now come to find a name and the ideal musicians for this new band. It was then that Pyramaze began to take form.

The line-up
He didn't have to look far to find the first two musicians, as local drummer Morten Gade Sørensen and bassist Niels Kvist immediately jumped on the opportunity to join Michael in his quest. The next person to sign on was American keyboardist Jonah Weingarten, who Michael had met over the Internet. The newborn band began rehearsing the written material on both sides of the Atlantic Ocean: the Danish guys on one side, and Jonah in the U.S. They sent demos back and forth combined with many phone conferences as part of the creative process. With a core band around him, Michael then booked the studio to record the debut album. He hired on the well-known producer Jacob Hansen, a man with a long list of fantastic productions behind him, ranging from Hatesphere and Mercenary to Manticora and Falconer, to name a few.

The debut album
In January 2003, Jonah flew to Denmark and the band began recording the CD in Jacob's studio in a small town called Ribe. After having laid down all the tracks besides the vocals, producer Jacob decided to send a couple of MP3s to his long-time friends at Intromental Management - a Danish metal agency, who already had worked together with Jacob on numerous recordings. The guys at Intromental fell totally in love with the Pyramaze material and gave Michael a call. After a couple of phone conversations, the two parties, Pyramaze and Intromental, decided to join forces, and the band suddenly found themselves being promoted professionally. One of the things that came with the signing to Intromental was the decision of finding a really fantastic pro-singer: someone who not only would fit the material, but also be able to lift it to even higher levels. Michael agreed to the idea, and Intromental sent him a bunch of CDs with different vocalists doing their stuff. After listening carefully to everything, Michael found that only one singer truly stood out, and that man was Lance King, known from such great power and progressive metal acts as Balance Of Power, Mattson, King's Machine and Gemini. Lance was approached with the material, and he agreed to become the new vocalist for Pyramaze. The already-finished music was sent to Lance, along with all the lyrics, and Lance commenced the recording of the vocals in his own studio in Minneapolis. A few months later the vocals were finished, and the material was sent to Denmark again, where it was finally mixed and mastered back in Jacob's studio in Ribe.

Getting the band signed
The time had now come, to find a record company that would publish PYRAMAZE's debut album 'Melancholy Beast'. Fortunately the reactions to the album were extremely positive, and offers began coming in right away. After negotiations were concluded, the band signed with the following labels: NTS Records (now known as REPLICA Records) for Europe and Canada, TOSHIBA-EMI for Japan, and NIGHTMARE Records for the U.S. A common release date was set and the album was available in all regions by the end of May 2004. PYRAMAZE had gained exceptional reviews from the media all over the world, and in 2005 a deal for the Asian market (outside of Japan) was also inked with Melodic Heaven in Korea.

On the road
The band had a run of live shows in the summer of 2004 in North America, Denmark, Germany, and France to support their debut album MELANCHOLY BEAST. Danish Guitarist Toke Skjønnemand was added to these shows, and soon after the touring was completed, Toke was asked to join the band as a permanent member.

The follow up album
Michael began composing what was to be the second Pyramaze release in the winter months of 2004/2005, a concept album entitled "Legend Of The Bone Carver" that has a unique story flowing from beginning to end. Once again recorded with Jacob Hansen at the helm, this new opus was completed in the summer of 2005. Immediately upon completion Intromental Management followed up with all the bands' record companies, and in addition to Replica Records (formerly NTS) for France, Nightmare Records for the U.S., and Melodic Heaven for Asia, new labels were found for Japan and Europe: King Records and Massacre Records respectively. A unified release date was set for the end of February 2006. In January of 2006, PYRAMAZE had already been scheduled for several highly sought-after festivals (Kløften Fest in Denmark (June 23)/ Bloodstock Open Air in England (July 14th) / Headbangers Open Air in Germany (July 15th)/ and a highly coveted spot at ProgPower USA music festival on September 15).

2006 brought about the release of Pyramaze's second album, LEGEND OF THE BONE CARVER, which was received with great reviews. Toward the end of 2006, it was announced that vocalist Lance King would leave the band.

The new vocalist has been announced. Matthew Barlow (ex-Iced Earth) will be joining and a new album is anticipated in 2008.