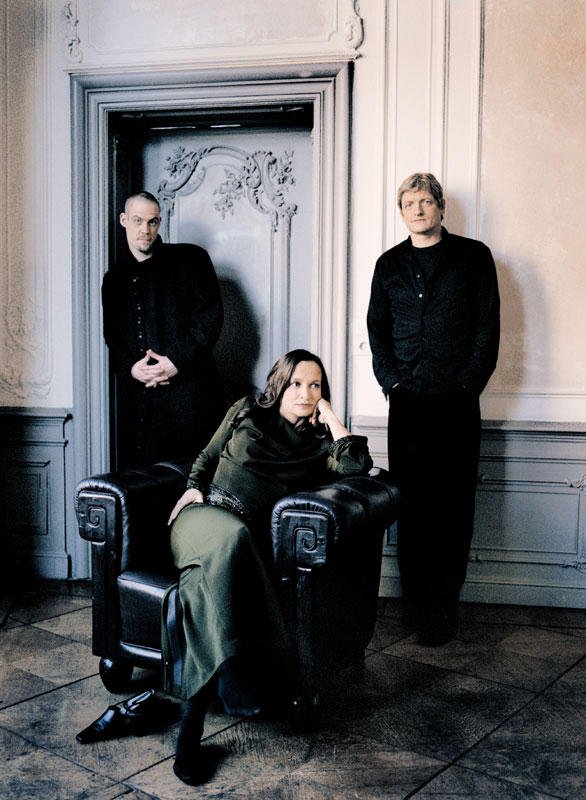 When they brought out their debut album in 1992, their first recording left no doubt that QNTAL were an act who would leave their mark on the music landscape. Their double best-of release "Purpurea" sees the trio present a wonderful retrospective, in premium packaging and full to the brim with all the highlights and remixes of their career to date. Combatants of the scene, journalists and fans bow to a band who have changed a lot and have become the spearheads of a musical movement. It's almost touching to read the comments that renowned musicians have made on the subject of QNTAL:

"Qntal invite you to dream, dance and party. May Dame Fortune always be with them." Castus & Jordan (Corvus Corax)

"Their demanding compositional standards, use of ancient languages and not least their brilliant female vocalist always make listening to their music an experience." Asis Nasseri (Haggard)

"To me one of the most convincing approaches of combining old and new music. It's a shame that our predecessors from the Middle Ages can't hear this music, they would have loved it - just like I do." Birgit Muggenthaler (Schandmaul / Sava)

"You can leave everyday life behind, follow Syrah's beguiling voice with fascination, feeling free and secure, able to let go and lose yourself totally in the sound. Musicians who achieve this effect are true magicians …" Sonja Kraußhofer (L'âme Immortelle / Persephone)

Transporting modern times to the middle ages and the middle ages to modern times – this approach has marked QNTAL's work since Michael Popp and Syrah, both alumni of the Mozarteum University of Music and Dramatic Arts in Salzburg, Austria, founded the band together with Ernst Horn in 1991. Both had delved deeply into old music during their studies. Michael Popp subsequently worked for the Burgtheater in Vienna and the Kammerspiele in Munich as a freelance theatre musician and composer. In both venues and on the independent theatre scene, he was involved in a number of productions, and – alongside Ernst Horn – played as a live guitarist and medieval instrumentalist with DEINE LAKAIEN. Together with Syrah and ESTAMPIE, Popp worked on his own interpretation of medieval music.

And now there is QNTAL. An arc between history and avant-garde. It did not take long for the band's first success to arrive, "Ad Mortem Festinamus" from their debut album, "QNTAL I", being their first club hit. "QNTAL II" went one step further with Walter von der Vogelweide's "Palästinalied". The trio were not satisfied with simply pepping up medieval sounds with contemporary beats. QNTAL transport worlds of emotion and thoughts that apply to the 12th just as much as to the 21st century: love, mourning, longing, beauty, transcendence. Like those glass ornaments in Gothic architecture, QNTAL's music forms a focus with great suggestive power. In the end, stepping out of everyday life is just as easy for the listener as a reflection of their own reality. Together with producer and keyboardist Philipp Groth, who has joined the band to replace Ernst Horn, QNTAL devoted themselves to the group of sagas surrounding Tristan and Iseult in 2003. An increase in sonic detail and the consolidation of the individual songs in a concept album set new standards – also in terms of commercial success: "QNTAL III" made no. 2 in the German alternative charts. The magic of QNTAL's live shows was captured on their first DVD release, featuring footage from the Leipzig Playhouse.

"QNTAL IV – Ozymandias" saw the band expand the temporal horizon of their musical universe, setting to music a poem by the English romantic poet, Percy Shelley, including the renaissance with the lute song, "Flow", and the baroque era with Henry Purcell's aria, "Remember Me". The heart of QNTAL's style, however, has remained unaffected. Innovations have been accompanied by a refinement of old strengths, with the result that the single, "Cupido" went to no. 1 in the German alternative charts.

"QNTAL V – Silver Swan", finally, was an epic journey through another reality. A movie score without a movie, unless you count the atmospheric "Von den Elben" video clip. QNTAL have come very close to their target of newly created old music. But the other, the electronic side, always remains but a shoulder check away. In terms of graphic design, QNTAL also opted for another path and collaborated with the globally renowned fantasy artist, Brian Froud.

"QNTAL VI – Translucida", by contrast, brings past and present together in two respects: in terms of the band's history as well as their biography. They have turned their backs on the world of pixies. Clear-as-bells sounds allow their roots to come to light again on "Translucida". Instead of great gestures, classy elegance prevails. Translucent arrangements focus the listeners' attention on Syrah's multi-faceted vocals, which are not supported by choral passages this time.

QNTAL VII - adds the gorgeous Mariko to the mix, who adds violin and vocals to the Qntal sound, often taking lead vocals to great success. Always staying true to the historical integrity of the writings and figures that are referenced, this album features the work of the infamous Lord Byron, Meister Eckhart, William Blake, and more. Noted as romantic works of literature, this album’s music goes hand in hand with the romantic era, an intellectual movement that originated in Europe around the 1800s. Before we get to the music itself, it is worth noting that the artwork on the album perfectly embodies the sound within. A painting done by Ricarda Djemili, which features four muses with soft features and an earthy palette, sets the mood for this album. An almost ethereal scene, much like the melodies present within. The opening track “Flaming Drake” opens with a moody melody, and leads directly into beautifully soft vocals. The singing style goes hand in hand with traditional celtic tunes. The lyrics are cited to an anonymous source from the 17th century, and take us back in time with the writing style. Like the opening track, “Tenacious Love” is also sourced to the 17th century, but has an instant hook in the melody, drawing you in immediately.
Significantly more pop-like, track three, “Tyger”, is an audible interpretation of William Blake’s poem of the same name. William Blake was a mystic, a poet, an artist. A profound staple in history, Blake was influenced by the divine, and the world around him. As such, the melody of the song perfectly encompasses the man himself, and brings his character to light. Continuing with the theme of the previous song, the following track, “By The Light of the Moon”, takes the words right out of Lord Byron’s poem So We’ll Go No More a Roving, and makes the poem more… tangible, so to speak, as the words are now accompanied by a melody that completely and utterly provides the atmospheric presence the words needed
The next track takes us further back to the 15th century, and features a more fluid symphonic sound. All of the songs thereafter are no longer sung in English, which brings an otherworldly feel to this album. The lyrics find themselves influenced by texts such as the Carmina Burana (translated: Songs from Benediktbeuern). A variety of new instruments are introduced in the final collection of songs, sounds that would make any Renaissance Faire patron shiver with joy, as well as the addition of male vocals, turning some of the songs into duets. A pop factor was added to tracks such as “In Dem Begyn”, making this cd both noteworthy to listen to AND dance to. Overall, this album features a pleasant variety that ties in graciously with the cited influences. Music that travels through time, jumping from various centuries and landing into our current period, QNTAL is certainly worth a listen- even if just to expand your understanding of music, or your knowledge of our literary history.

"Qntal" is a made-up word that appeared in one of Syrah's dreams. Its pronunciation varies among different sources.