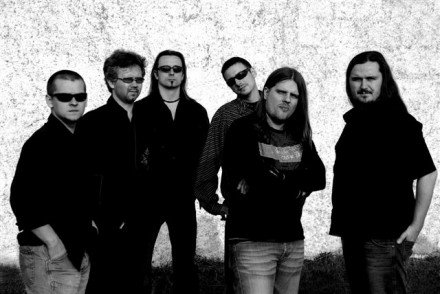 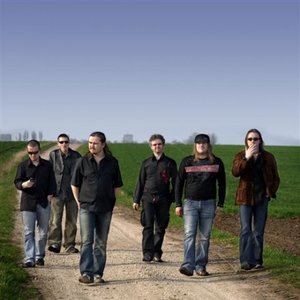 There are 3 different bands with the name Quidam: a Polish neo-prog group, a French rock band and a gothic death rock band from Spain.

(1) Hailing from Poland, the neo-prog group Quidam released its first album in 1996 and quickly won both specialized press and audiences over. The angelic voice of singer Emila Derkowska and the group's ample use of flute in its arrangements secured it a respectable place alongside Collage and Abraxas in what has been called the '90s Polish contingent of neo-proggers.

In 1991, guitarist Maciek Meller, bassist Radek Scholl and drummer Rafal Jermakow, then all 18 and 19 years old, formed the hard rock/blues trio Deep River and began to play bars all around Poland. They were soon joined by keyboardist Zbyszek Florek and cycled through a number of singers until they found Emila Derkowska in 1993. The arrival of flutist Ewa Smarzynska provided the impetus to shift the musical direction toward a more symphonic sound. Songs grew slightly more complex but the group still wanted to appeal to wide audiences and thus the music developed around the neo-prog axis of IQ, Camel and late-period Pink Floyd. At this point the name was changed to Quidam, a Latin word meaning "someone" but here making specific reference to a poem by Kamil Norwid.

Quidam's live shows, fronted by the charismatic Derkowska, gained local fame. In April 1996, at the first festival of Polish Prog Rock, the group unveiled its eponymous debut, featuring its now classic tracks "Sanktuarium" and "Ptone." Released by the local label Ars Mundi, the album slowly trickled out of Poland and garnered favorable reviews. It featured guest appearances and songwriting credits from members of Collage. The group made its first international appearance in Holland in January 1997, building a following there and in France. Two nights in April that same year, Derkowska and Smarzynska were invited to perform the overture of Harbour of Tears on stage with Camel. Three months later the group performed at the festival ProgLive '97 in Corbigny (France).

In early 1998 Smarzynska called it quits and was replaced by Jacek Zasada, only weeks before the recording sessions for Sny Aniolow started. The album was released by Rock-Serwis in Poland and Musea in France, the latter under the title Angels' Dreams with re-recorded English vocals. Despite a more pop-oriented sound the specialized press remained very encouraging and in March of 1999 Quidam made its first overseas trip to headline the third Baja Prog festival in Mexicali, Mexico. Meanwhile, the relationship between Quidam and Camel developed in unexpected ways as bassist Colin Bass hired the group to open for him and back him up during his European tour promoting his solo album Outcast of the Islands.

Things slowed down for the next two years as the group prepared its third studio album, performing live only sparsely in Europe. Pod Niebem Czas came out in March 2002 on Rock-Serwis and three months later on Musea under the title The Time Beneath the Sky (although the vocals were not re-recorded this time).

On February 15th, 2003, in a sold out Teatr Miejski in Inowroclaw, Emila Derkowska said good-bye to the audience and the band. It was also the last gig of the rhythm section - Rafał Jermakow and Damian Sikorski decided to concentrate on a new band, MENSKI.

After a 12-month break the remaining members, Zbyszek Florek, Maciek Meller and Jacek Zasada, decided to carry on as Quidam. They started searching for new musicians and new artistic identity. The first one to join them was Maciek Wróblewski, the drummer known from his cooperation with Polish avant-musician Mariusz Lubomski. Mariusz Ziółkowski from the band AFTER from Włocławek was recruited as a new bass player. After many auditions, Bartek Kossowicz (ex-NEO) became the new frontman. In that way, a new chapter in the history of Quidam began.

Since May 2004 till January 2005 the band wrote and rehearsed new material. They "survived" and "revived", and on June 6th, 2005, they released "surREvival". After a month of intensive rehearsals Quidam were ready to play several concerts, both in Western Europe and in Poland. Their concert at the Śląski Theatre in Katowice was recorded for the first DVD in the band's career. "The Fifth Season – Live In Concert" was released in January 2006.

After the tour, Quidam entered the studio where they started working on the material for their next album, "Alone Together", scheduled for release on November 5th, 2007.

(2) Quidam is a french rock band from Clermont-Ferrand. The band is composed of three members: Yannick Demaison (lead singer and guitar), Pierre Bogros (bass) and Romain Carrier (drums). They did a first appearance for the concest 'les Inrockuptibles' in 2004. In 2005 one of their songs (Nos souvenirs) is attented on the CQFD album for Les Inrockuptibles . Their first LP 'En eaux profondes' was released in 2008.

(3) Quidam is also the name of a gothic death rock band from Spain. They released their first CD "Barking, Mewing, Hissing & Mocking" in 2005. They have played all over Europe including the 1st Pagan Love Songs Festival (Bochum, Germany) or the Leipzig (Germany) Gothic-Punk Festival. Learn more at band's homepage.