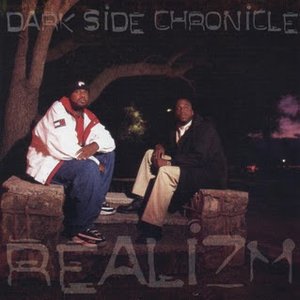 An obscure lyricist and producer from Adelaide, Australia. After his debut verse on the original critically acclaimed Battlehoggs Official Mixtape Volume 1, Realizm has been steady on both the live circuit and in the studio. Performing alongside long time collaborator K21, he has shared the stage with acts such as Jedi Mind Tricks, Celph Titled, Ill Bill (Non Phixion), Evidence (Dilated Peoples), Brad Strut, Funkoars and more.

Studio wise, the past 4 years have seen him feature on and assist in the making of numerous local and international albums and most recently his solo 12'' record "Nasty Ill Filthy" Produced by Amayze. The debut LP is well under construction and features production by Suffa (Hilltop Hoods), Trials (Funkoars), Sesta (Funkoars), K21 and Tommy Illfigga.

(Winner of the 2010 OZHH Best Australian Wax Award)
Check Him out at http://www.realizm.com.au/

Realizm is also name of an u.s.rap-group from Sarasota/Florida. 1996 they released the LP "Dark Side Chronicle" over Marston Recording Corporation.