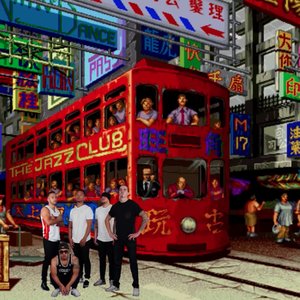 1.Red Ribbon Army is a hip hop collective from The Netherlands
Four fellow emcees met with different styles joined together to form the core of Red Ribbon.

In 2008, Monk and B52 came with the idea to form a formation to perform together. The Dutch-speaking and other in English. After a while Wolf and Jonah joined. The Formation was complete with deejay Novel Baker and extended with singer and guitarist Yancy Simah Jones, and Jimmy Jazz on the saxophone.

Recently Red Ribbon became number 1 during Bokpop Hookup, in the New Nor. This was a competition which the winners able to get a place on Bokpop Festival 2011 in Valkenburg. Red Ribbon characterizes themself on stage with fun, friendship and boombap with a twist.

2. RRA (Red Ribbon Army) makes festive indie noise-pop reminiscent of The Russian Futurist, Max Tundra, and any other number of one man bands who are changing music with their laptops and a dream.” - two.one.five. Magazine

3.Red Ribbon Army is the musical creation of Zach D’Agostino who has also recorded material under the name Creature Colors. For the past eight years, Zach has been writing, performing, and recording his own music. Based out of Boston, Massachusetts, he is currently taking classes at Berklee School of Music and studying audio at Emerson College.