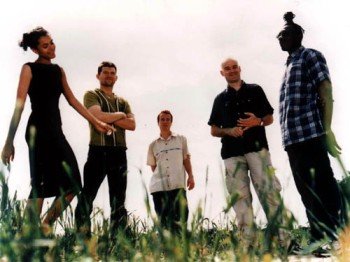 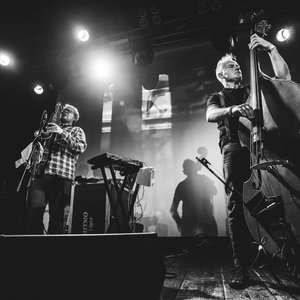 Red Snapper is a British instrumental band founded in London in 1993 by Ali Friend (double bass), Richard Thair (drums), and David Ayers (guitar). The three core members are also joined by various guest musicians and vocalists on different records. According to music journalist, Jason Ankeny (Allmusic) "the British acid jazz trio were notable for their pioneering synthesis of acoustic instruments and electronic textures".

The band released three EPs before signing to Warp Records for their debut album, Prince Blimey (1996). The band were a somewhat unusual feature of Warp Records' 1990s roster: in contrast to the studio-oriented IDM the record label primarily dealt in, the band had a live and organic sound: a smoky mixture of dub, jazz and all tempos of breakbeat from trip hop to drum and bass. In 1997, Red Snapper (along with the Foo Fighters) supported The Prodigy on their Fat of the Land tour in the UK

For their follow-up Making Bones they were joined by jungle MC Det, Byron Wallen the jazz trumpeter and singer Alison David. The latter was replaced by Karim Kendra by their third album, Our Aim Is to Satisfy (2000).

Also in 2002 the compilation album It's All Good was released. It included a previously unreleased track, "Ultraviolet". The next year an album of remixes was released, Redone, which included tracks remixed by the Snapper themselves. Ayers and Felix Tod were credited as The Creation, Thair remixed "Ultraviolet", and the "Odd Man Out" (Odd Man remix) was done by Friend, Gavin Clark and Ted Barnes. The last track included vocals.

Red Snapper reformed in 2007 - this was posted on their MySpace page:

"After 6 years apart concentrating on different projects, Red Snapper return. Ali has been working with Beth Orton and his new band Clayhill. David has been focusing on writing music for TV with his work featuring on the highly acclaimed BBC show 'The Tribe'. Rich has been working with Jakeone on their band Toob, with Rennie Pilgrem and the TCR Allstars and Bomb the Bass".

They decided to rejoin before Christmas and after a jam session are back in the recording studio working on new material for their sixth album with saxophonist, Tom Challenger. Red Snapper also appeared at the Bloc Weekend in March 2008. The band released Pale Blue Dot (Lo Recordings) on 2 October 2008.

They appeared on the Glade Stage at Glastonbury 2009.

In May 2011 the band released 'Key', their seventh album on V2 Benelux with original band members Rich Thair (drums), Ali Friend (double bass/vocals) and David Ayers (guitar). They are joined by jazz saxophonist Tom Challenger and guest vocalists Gavin Clarke (UNKLE, Clayhill) and Mercury Prize nominee Eliza Carthy. The band are followed up the album with an extensive tour of Europe throughout the summer of 2011.

On 1 September 2014, Red Snapper released the album Hyena on Lo Recordings. It features music that the group composed to accompany the film Touki Bouki.
In 2016, the band toured Belarus and played at the Canary Wharf Jazz Festival.