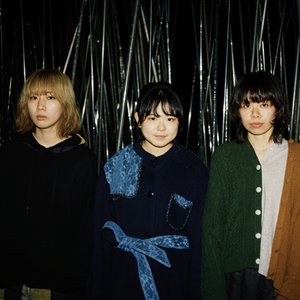 Regal Lily (リーガルリリー) is a three-member female band from Tokyo, Japan. Influenced by romanticism and existential literature from the likes of Shuntaro Tanikawa and Kenji Miyazawa, Regal Lily describes their music as "fragile" with a "whirlpool of sound". Their songs are a mix of shoegaze-pop combined with powerful guitar distortions and chaotic drumming. Lead singer Honoka has listed My Bloody Valentine and Shonen Knife as her musical inspirations.
The band formed in 2014 when vocalist-guitarist Honoka Takahashi met drummer Yukiyama while in high school. The girls performed at small shows and festivals at the time before gaining a small following after winning second place for their music at the 2015 Mikakunin Festival competition for teen rock bands. They competed against more than 3,000 other bands for this award, and had their music judged by a panel that included notable musicians Junji Ishiwatari from Supercar and Toru Hidaka from BEAT CRUSADERS. Bassist Umi, who played supporting bass since 2017, officially joined the band in 2018.
Regal Lily quickly gained fame with their unique sound and shy stage presence. They performed at SXSW in 2019 for the official Japan Nite showcase, attracting many international fans. They have continued gaining fame since then, with some of their songs appearing in Japanese media. Their single "ハナヒカリ" ("Hanahikari") was featured in the "Flowers of Evil" (orig. 惡の華/Aku no Hana) live-action movie, released in 2019. The music video for their February 2020 song "ハンシー" ("Hansie") featured up-and-coming actress Sakurako Konishi, and was chosen as a commercial jingle for the Bank of Iwate on April 2020.