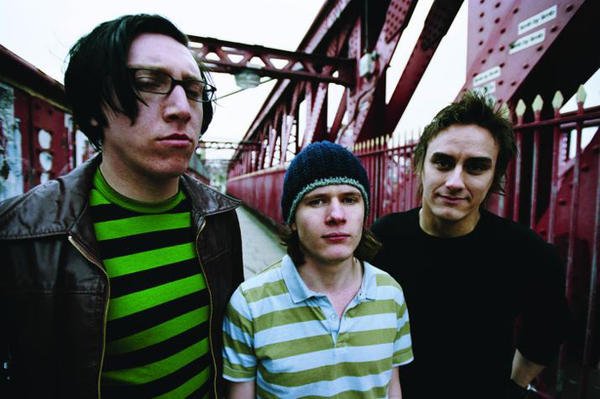 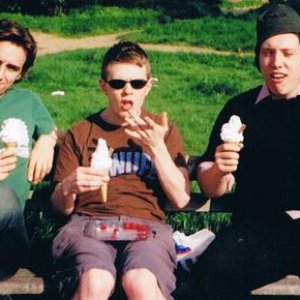 'Look like tramps, sound like Kings'… This sums up the three-piece rock band from Camberley, Surrey to a tee.

Citing their influences as Vitriolid, period; they formed in 1998. Jamie Lenman and Jon Pearce originally played with Jason Wilcock as Angel, sharing a local venue stage with other bands, one of which would become Hundred Reasons. In March 2000, they parted ways with Jason, and Mark Lawton joined as drummer, with whom they wrote and recorded the Pilot EP which was released in January 2001, after they changed their name to Reuben.

After the release of the Pilot EP Mark left the band and was replaced by the current drummer Guy Davis. Reuben released limited prints of three singles, starting with 'Scared Of The Police', which today has been known to fetch up to eighty pounds on eBay per copy, such is its rarity. This was followed by 'Stux (Tell Me It's Alright)' – again, a very limited print run – then the inescapable catchiness of single 'Let's Stop Hanging Out', which eventually started to grow the fanbase at a rapidly quickening speed, due to its popularity in the underground scene and on MTV2. The title track was re-recorded for the band's debut.

The debut album 'Racecar Is Racecar Backwards' was released eventually in June 2004, and since has sold over 10,000 copies, reaching #88 in the British Chart. Three singles were released from the album, 'Freddy Kreuger', 'Moving To Blackwater' and 'Stuck In My Throat'.

A second album (Very Fast Very Dangerous) and relentless touring (including shows with Hundred Reasons, Biffy Clyro, Engerica and Dive Dive) have bought the band to new ears around the UK and further afield.

The problems the band face can be summed up with the lyric '50 grand to make a fucking video'. Fans of Reuben are aware of how hard it has been for the band to release two full-length albums. They grafted away playing small shows for a few years before they could afford to release their debut 'Racecar Is Racecar Backwards'. Jamie Lenman (singer) still has to work at his local fish & chip shop to keep a steady income.

Their third album "In Nothing We Trust" is by far Reuben's most experimental work to date. Going for a more progressive style of writing.
This is the first album under the bands own record label "Hideous Records". This is so that the band has more control over the releasing of its material.
The first single off the album is 'Blood Bunny Larkhall' and the follow up single is 'Deadly Lethal Ninja Assassin'.

On 4th June 2008 Reuben announced on their website that they were taking a break, with no information about whether or not the band would return. Guy is currently looking for session work, so a return is highly doubtful.

On 24th July 2009 the Reuben website was updated to advertise a new rarities collection entitled "We Should Have Gone To University". The collection, set to be released on the 24th August 2009, contains every non-album track the band ever released as well as rare demos and session tracks. In addition to this there will also be a DVD included which contains the band's full set at 2007's Download Festival as well as interviews, documentaries and all of the band's music videos. The artwork for the collection has been drawn by singer Jamie Lenman and the collection will be released by the band's old label Xtra Mile Recordings.