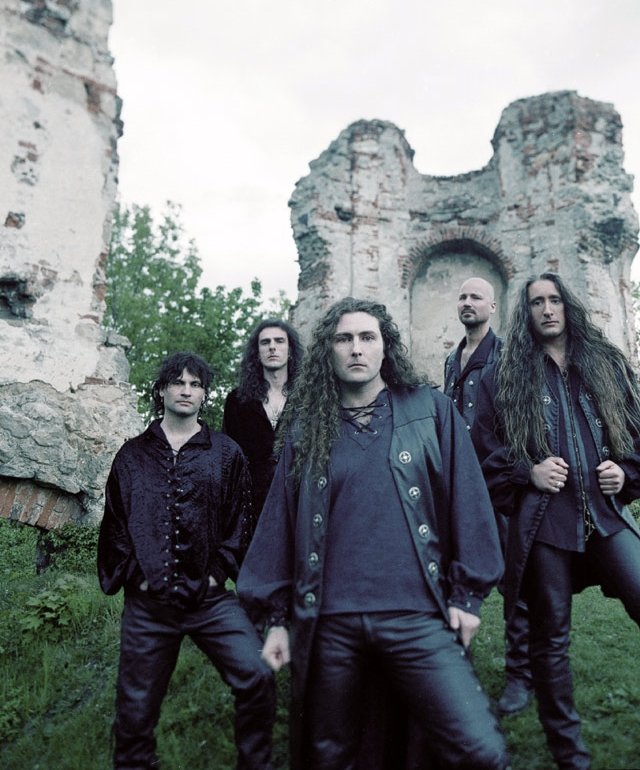 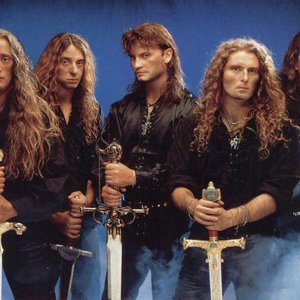 There are multiple artists using this name:
1. A Symphonic Power Metal band from Italy that eventually split into Rhapsody of Fire and Luca Turilli's Rhapsody.
2. A reggae band from Germany.
3. A girl group from Austria.
4. An AOR band from Sweden.
5. A funk metal band from Estonia.

1. Rhapsody is a Symphonic Power Metal band from Italy, that eventually split into Rhapsody of Fire and Luca Turilli's Rhapsody. They incorporate classical music, baroque and power metal styles. The classical influences include such composers as Antonio Vivaldi, Johann Sebastian Bach, Niccolò Paganini, and Antonin Dvořák. Their songs are also heavily influenced by power metal in general and their lyrics are fantasy-themed.

In the years that followed, Turilli and Staropoli, joined by Fabio Lione on vocals, developed this new sound with their albums Symphony of Enchanted Lands (1998), Dawn of Victory (2000), Rain of a Thousand Flames (2001), and Power of the Dragonflame (2002). They wrote pieces such as "Emerald Sword", drawing on Russian folklore and Celtic style elements and creating what was known as the "Emerald Sword Saga".

Turilli is the band's lyricist, as well as guitarist. His lyrics often refer to mystical lore from the medieval age and the heroic valor of those times, highlighting in particular the ever-lasting fight between good and evil. "Evil can be found everywhere," says Turilli. "But it will never win as long as there are enough good people who fight against it." While Turilli writes the lyrics and guitar riffs, the composition of the classical music is all Staropoli's doing.

Christopher Lee was involved in their last project, narrating part of the storyline. This album, labeled Symphony of Enchanted Lands II: The Dark Secret, was a follow-up to the Emerald Sword Saga and was released in 2004.

The band produced a new single CD in 2005 labeled The Magic of the Wizard's Dream, featuring new versions of "The Magic of the Wizard's Dream", one of the more popular songs from their album Symphony of Enchanted Lands II: The Dark Secret. The band had Lee sing backup vocals for Lione, because Lee felt that the narrator's part of being the Wizard King was not as good as it could be without him contributing his voice to at least one song. The song was reworked into four different languages, English, German, Italian, and French they also included both the original version of the song with a duet, and an orchestral version of the song, both in English. This also produced Rhapsody's third music video. The band also released two new tracks exclusively on this single, "Autumn Twilight" and "Lo Specchio D’Argento". This single was released March 29th.

In July of 2006, the band changed their name to Rhapsody of Fire due to a conflict in copyrights.

2. Rhapsody is a reggae band from Germany who released two albums in the 1980s. One of the band members was B.B. Connell.

3. Rhapsody is a girl group from Austria who had a minor hit in the 1990s called Cowboy Lover.

4. Rhapsody is an AOR from band Sweden who released one album in 1978 called Strange Vibrations.

5. Rhapsody is a funk metal band from Estonia who released only one demo in 1992 before they split up. In 2008 they made a comeback and are going to release their first album in the future.