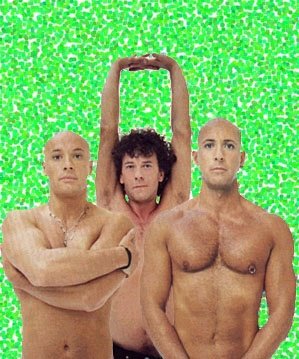 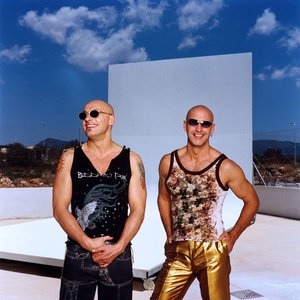 In 1991 they released their debut, "I'm Too Sexy", which was released by the Gut Reaction firm on a specially created record label called Tug. The song, a tongue in cheek dance song sung from the point of view of a vain male fashion model, became a huge hit in Britain, spending six weeks at number two behind Bryan Adams' blockbuster (Everything I Do) I Do It For You. The song also went to number one on the charts in the United States and went on to become a hit around the world. The song's instrumental break is based on the chorus of the 1974 instrumental hit Dance With The Devil by Cozy Powell. In 2007, a remix of this song came from the Tastemakers!

Their second single, "Don't Talk Just Kiss", which featured soul diva Jocelyn Brown, was released for the Christmas market and made number three in the UK charts. In 1992 they released their third single, "Deeply Dippy". Although it was their lowest-selling single to date, it was also up against weaker opposition and therefore became their first, and to date only, UK number one single. The success of the singles resulted in their debut album Up. In 1993 they released their second album, Sex and Travel. Their third album was called Smashing.

After failing to attract substantial interest in the UK, Right Said Fred went to Germany in order to work with Alex Christensen U96 and released a single called "You're My Mate" and an album titled "Fredhead" in 2002, which both became successful in Germany at number five on German Top 100 and gold status), Switzerland and Austria. "You're My Mate" was also used as the official anthem of the South African National Rugby team in 2002, and remained in the German Top 100 for 23 weeks, while the album "Fredhead" reached number two. "You're My Mate" achieved gold status in South Africa and reached the Top 20 in the UK.

Rob Manzolini disappeared from the band prior to their latest album release, For Sale.