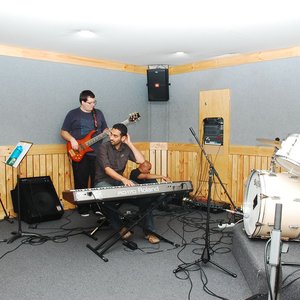 Grand, theatrical, eclectic and frequently epic, Robot Child plays melodic hard rock that evokes the ghosts of Queen, Pink Floyd, Faith No More, Muse and has even drawn comparisons with early Birds of Tokyo and Mastodon. The band has gigged regularly around Melbourne and Sydney, including a series of live shows with The Chaser. In 2012, Robot Child joined celebrated artists such as Paul Kelly, Clare Bowditch, Dan Sultan and Blue King Brown in contributing a track to Just Music, a charitable compilation for Jesuit Social Services. After performing at the launch in the Spiegeltent, the band went on to complete its own debut album, One More War.