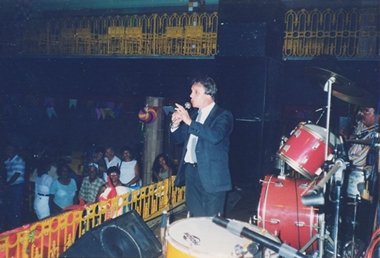 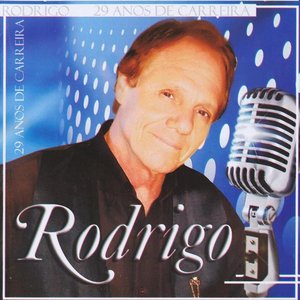 Otarola Rodrigo Cano, is a singer / songwriter style
pop romantic, well known in Recife Pernambuco
has over 25 years history in Brazil, and is widely known
simply as Rodrigo.

The name Otarola was required to be included followed by your name
Rodrigo, for one simple reason:

There are several "Rodrigo" and capitate on LastFM, and in all
Internet, making it hard to be seen his artistic talent and so on.
then after trying to be disclosed, it was realized that it does not
could appear simply as Rodrigo, after a conversation,
with his adviser, "Argeu California" they decided to add his middle name, so Rodrigo, could be seen in many other regitrar using the name Rodrigo Otarola.

At 8 years old, arrived in Brazil
Port of Santos in 1952,
Brought by natural parents who came
with members of the post war (2nd world war)
refugee.

He settled in São Paulo capital and
later went to live in São Paulo
for 12 years, near the city of Campinas,
Valinhos, Amparo and finally Itatiba
returning to the capital Sao Paulo, in the northeast Vila Maria, Santana.

Even then with 14 to 15 years, he sang
at birthday parties and gatherings,
in the region because all those who liked
good music, then pointed to the "Paquito"
a great expressive interpretation.

In 1974 and 1975 he recorded three albums, two and Lps
a compact double, double single recorded by this
Tapercar, reaching sales of 300,000 copies,
a music source northeast of a composer
Pernambuco, "Helin Julian." Mary was
the first electronic forró already recorded in the country.

So Paquito began to have more marked in the middle
as an interpreter and associate producer of friends
Name Enoch George, making
some successful productions, such as:

Alcimar Miller, Cassiano Costa, Trio Northeast,
Ze Paraiba and finally Cashew and Chestnut,
now one of the productions that lead to successful
Paquito seal although we are talking about Rodrigo.

In 1980 released by Discos Copacabana,
Rodrigo performer, producer and author, writes a compact double
who for five years remained between
Top 5 in sales with the songs:

A favorite of his own and partnership, and the
Rodrigo hit that put the national media, "Following You"
that stood out as "Love You Too Much"
reaching in the first two years when the amount
of 3.6 million copies, but another:
Rodrigo featured on programs
Nationwide "media of the time,"
programs as well as Marble, Chacrinha Raul Gil
in most states and local programs, where
achieving high levels of fame.

Rodrigo has a lot of work cover the start of his career
and many records as he signed up paquito,
and there are many simple and compact that not even the double
Rodrigo recalls. One of his best known is fairly compact
which was citate, which contains four super tracks known.

This single was released by Copacabana
in 1980. One of the problems faced by the artist
is the cause of certain errors in writing the names of some
music, such as the track, "Following You" was
brought to the public on many disclosures under the name
"Te amo," which is not correct, so other
errors appeared in the discography doi artist is not so
so small.

Rodrigo already recorded various styles of musical rhythms, including
3 lps of dance, but his pop is strong even romantic, yet
in his presentations he pleases your whole audience singing their
varying success with different rates according to your career.

Well ..! We were speaking of a great artist,
experienced producer and arranger born.

Rodrigo currently lives in Recife, capital of Pernambuco.
and continues on the road, touring and recording CDs,
his newest release is the Rodrigo - Special Edition 2009
the CD has 20 tracks with the biggest hits and new recordings.

As he says:
"In times of little lucidity and artistic quality
Music is doubtful that the good
Young now has focus on the songs recorded on
times past to perpetuate quality
Music interpretive thing that
Brazil has the kilos and I'm told. "

Rodrigo with voice quality that is peculiar
since the performers have only because they are so rare today.

In recent months launched the singer's new album,
the title is Inesquesíveis Boleros, The CD has 14 tracks and some songs are sung in Spanish, one's own production by Rodrigo, and recorded by the Recorder VOX.