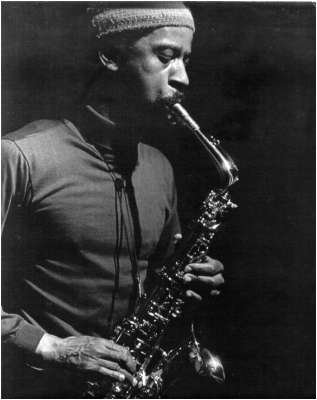 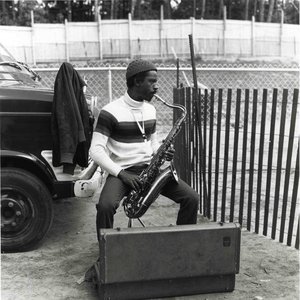 Roscoe Mitchell (b. August 3, 1940 in Chicago, Illinois) is an African American composer, jazz multi-instrumentalist and educator, mostly known for being "a technically superb — if idiosyncratic — saxophonist." He has been called "one of the key figures" in avant-garde jazz who has been "at the forefront of modern music" for the past thirty years. He continues "to be a major figure." He has even been called a "super musician" and the New York Times has mentioned that he "qualifies as an iconoclast."

For more than 35 years Roscoe Mitchell's innovation as an improviser, composer, and solo performer has placed him at the forefront of modern music. He is a founding member of the Creative Arts Collective of East Lansing, Michigan, the Association for the Advancement of Creative Musicians, and the Art Ensemble of Chicago. He is the recipient of many honors and awards including the Outstanding Service to Jazz Education Award from the National Association of Jazz Educators; the Certificate of Appreciation from the St. Louis Public Schools Role Model Experiences Program; the Certificate of Appreciation for the Art Ensemble of Chicago from the Smithsonian Institution; the Jazz Masters Award from Arts Midwest; and the National Association for the Advancement of Colored People's Image Award. He has conducted numerous workshops and has held numerous artist-in-resident positions throughout the world, and has taught at the Creative Music Studio, the Association for the Advancement of Creative Musicians' School of Music, the University of Wisconsin, the University of Illinois, and the California Institute of the Arts.

Mitchell grew up in the Chicago, Illinois area where he played saxophone and clarinet at around age twelve. His family was always involved in music with many different styles playing in the house when he was a child as well as having a secular music background. His brother, Norman, in particular was the one who introduced Mitchell to jazz. While attending Inglewood High School in Chicago, he furthered his study of the clarinet. In the 1950s, he joined the United States Army, during which time he was stationed in Heidelberg, Germany and played in a band with fellow saxophonists Albert Ayler and Rubin Cooper, the latter of which Mitchell commented "took me under his wing and taught me a lot of stuff." He also studied under the first clarinetist of the Heidelberg Symphony while in Germany. Mitchell returned to the United States in the early 1960s, relocated to the Chicago area, and performed in a band with Wilson Junior College undergraduates Malachi Favors (bass), Joseph Jarman, Henry Threadgill, and Anthony Braxton (all saxophonists). Mitchell also studied with Muhal Richard Abrams and played in his band, the Muhal Richard Abrams' Experimental Band, starting in 1961.

In 1965, Mitchell was one of the first members of the non-profit organization Association for the Advancement of Creative Musicians (AACM) along with Jodie Christian (piano), Steve McCall (drums), and Phil Cohran (composer). The following year Mitchell, Lester Bowie (trumpet), Kalaparusha Maurice McIntyre (tenor saxophone), Malachi Favors, Lester Lashley (trombone), and Alvin Fielder (drums), recorded their first studio album, Sound. The album was "a departure from the more extroverted work of the New York-based free jazz players" due in part to the band recording with "unorthodox devices" such as toys and bicycle horns.

The group went through changes again in 1967 and 1969, both in name (changing first to the Roscoe Mitchell Art Ensemble, then the Art Ensemble, and finally the Art Ensemble of Chicago) and the players (inclusion of Phillip Wilson on drums for short span before he joined Paul Butterfield's band). This group and its incarnations would be regarded as becoming "possibly the most highly acclaimed jazz band" in the 1970s and 1980s. The group lived and performed in Europe from 1969 to 1971, though they arrived without any percussionist after Wilson left. To fill the void, Mitchell commented that they "evolved into doing percussion ourselves." The band did eventually get a percussionist, Don Moye, who Mitchell had played with before and was living in Europe at that time. For performances, the band often wore brilliant African costumes and painted their faces.

Mitchell and the others returned to the States in 1971. After having been back in Chicago for three years, Mitchell then established the Creative Arts Collective (CAC) in 1974 that had a similar musical aesthetic to the AACM. The group was based in East Lansing, Michigan and frequently used the facilities at Michigan State University. Mitchell also formed the Sound Ensemble in the early 1970s, an "outgrowth of the CAC" in his words, that consisted mainly of Mitchell, Hugh Ragin, Jaribu Shahid, Tani Tabbal, and Spencer Barefield.

In the 1990s, Mitchell started to experiment in classical music with such composers/artists such as Pauline Oliveros, Thomas Buckner, and Borah Bergman, the latter two of which formed a popular trio with Mitchell called Trio Space. Buckner was also part of another group with Mitchell and Gerald Oshita called Space in the late 1990s. He then conceived the Note Factory in 1992 with various old and new collaborators as another evolution of the Sound Ensemble.

He currently lives in the area of Madison, Wisconsin and has been performing with a re-assembled Art Ensemble of Chicago. In 1999, the band was hit hard with the death of Bowie, but Mitchell fought off the urge to recast his position in the group, stating simply "You can't do that" in an interview with Allaboutjazz.com editor-in-chief Fred Jung. The band continued on despite the loss.

Mitchell has made a point of working with younger musicians in various ensembles and combinations, many of whom weren't yet born when the first Art Ensemble recordings were made. Mainly from Chicago, these players include trumpeter Corey Wilkes, bassist Karl E. H. Seigfried, and drummer Isaiah Spencer.

In 2007, Mitchell was named Darius Milhaud Chair of Composition at Mills College in Oakland, California.

Mitchell has taught at various institutions throughout the United States, including the University of Illinois, the University of Wisconsin-Madison, and the California Institute of the Arts. He currently teaches at Mills College in Oakland, California.