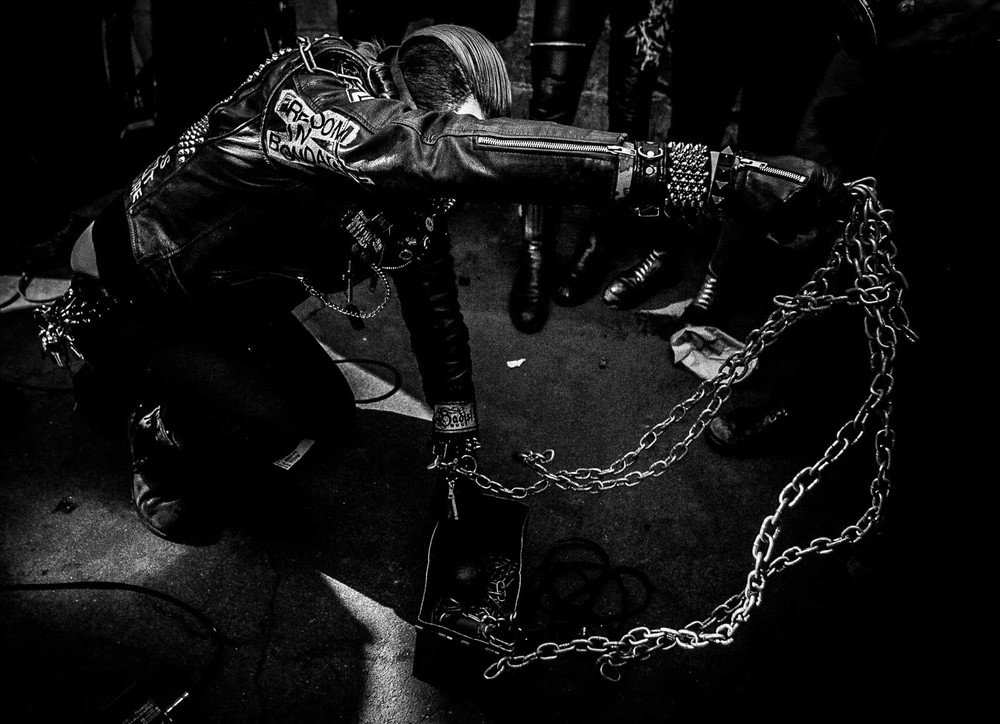 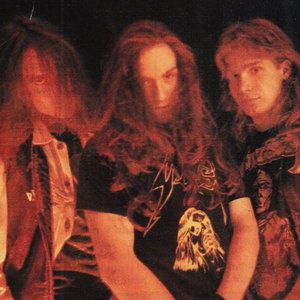 Artist disambiguation:
1) Sadist is an Italian metal band.
2) Sadist is a Japanese doujin music producer who is affiliated with the Strawhat label.
3) Sadist is a noise punk band from Boston.
4) Sadist is a deathcore/beatdown band from Reno, NV

The beginning of SADIST takes us back to 1991, when guitarist and keyboards player Tommy and drummer Peso start auditioning musicians for a brand new project. These auditions lead to the first band’s line-up within a few weeks. The line-up is completed by bass player Andy and singer Fabio.

Within few months the band was performing original material at local clubs, where they caught the attention of the indie label OBSCURE PLASMA RECORDS’ owner. SADIST’s first EP, “Black Screams”, is released in September, selling over 2500 copies worldwide. Due to the high demand, the American indie label WILD RAG RECORDS rereleases the EP in 1992 in a new three track version.

After having played around Italy and France, singer Fabio leaves the band. The line-up is then reduced to three people, with Andy handling bass as well as vocals. Shortly afterwards the band flies to Portugal to play in Lisbon having a fantastic reaction from both audience and locale media. The feedback on the SADIST live shows is enormous. As a result, NOSFERATU RECORDS signs SADIST for two albums. The recording sessions of the first record start in January of 1993, and within few months the debut album “Above The Light” is out, having a huge impact on the underground metal scene. The album is immediately hailed as a breakthrough in extreme music by critics and fans alike, and has gone on to be unequivocally acknowledged as one of the most influential death / thrash metal albums ever recorded.

In September another line-up change rears its head. Andy leaves the band but he is soon replaced by a new bass player, Chicco, and a new singer, Zanna. In late 1993 the band also records a video of the song “Sometimes They Come Back”, and starts touring successfully in France and The Netherlands.

In early 1994 SADIST supports CARCASS during the Italian shows of their “Heartwork” tour. Few months later, the band is in France supporting SAMAEL for some shows as well. In the meanwhile the songs of a new album are gently developing.
In Maj of 1995 SADIST enters RHYTHM STUDIOS (Bidford on Avon, England) to start the recording sessions of their long awaited second album. The recordings sessions are temporarily stopped in June ‘cause SADIST has to headline several important Italian metal festivals, as well as some shows in Belgium. In August the band returns to England to mix. The new album “Tribe” is then released in February of 1996, strengthened by a powerful distribution in Europe by RISING SUN RECORDS, and in Japan by TOY’S FACTORY. The response on the new album is even better than it was on the debut album. The album itself is still said to be one of the most technical efforts of all times until today.

Early 1996 is used to present the new material live throughout France, Italy and The Netherlands. In June the first round of the successful European tour takes place, and the band soon releases its second video: “Tribe”. The video is broadcasted on the most important European musical TV channels, amongst others MTV, VIVA, TMC2, TMF and many others. In November SADIST headlines MINDVIEW’s Belgian Metal Convention, a successful show that gets a smashing reaction from the audience and the Belgian metal scene in general. Later that year SADIST are featured on a Japanese IRON MAIDEN tribute with a killer version of the song “Wrathchild” for which they get extremely favourable reviews.

At the end of 1996 another line-up change: drummer Peso leaves the band to work with an old side-project. Peso is soon replaced by drummer Oinos. Old tensions resurfaces and both singer Zanna and bass player Chicco are replaced by the new singer Trevor and bass player Andy (from the original line-up).

In early 1997 the band headlines a long tour around Italy and The Netherlands, and starts the recording sessions for a new album, but just a couple of months before the new album is out, drummer Oinos leaves as well, being replaced by the talented drummer Alessio. At the end of 1997, backed by the new label DISPLEASED RECORDS, SADIST freshly returns with the brutally fast “Crust”. By now SADIST is definitely established within the metal globe. This album as well is successfully distribuited in Japan, featuring covers of classic ‘80s pop hits like “Take On Me” and “Relax”.

1998 sees the band releasing the third video of its career, “Fools And Dolts”, broadcasted on almost all the important European musical TV channels.
Shortly afterwards the band travels to Germany to play the biggest European metal festival, the WACKEN OPEN AIR.

It’s one of the highlights of the band career as the very first Italian metal band to desecrate the mythical Wacken stage. The end of the year is completed by a small tour in France and Portugal.

SADIST enters 1999 signing for a new label, IMPACT/SYSTEM SHOCK, and producing by itself the fourth album “Lego” at Tommy’s NADIR RECORDING & MASTERING.
This time the response on the new album is not that good. Something goes wrong with the band general mood, and the four guys decide to stop their live and studio activities as SADIST for a while.

2005 is the year of a new beginning for SADIST: the band signs with the Italian indie label BEYOND prod. to re-release “Above The Light” and “Tribe”, remastered at NADIR RECORDING & MASTERING, and to release, in late 2006, a brand new album.