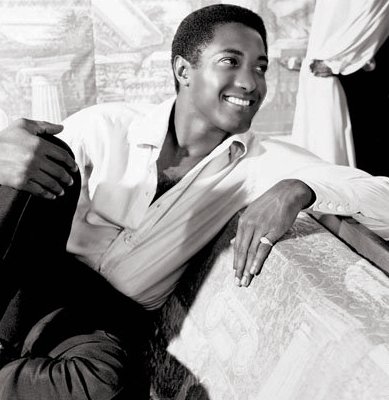 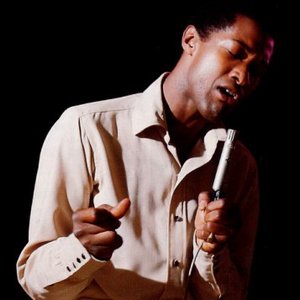 Samuel Cooke (born January 22, 1931 in Clarksdale, Mississippi; died December 11, 1964 in Los Angeles, California) was a popular and influential American gospel, R&B, soul, and pop, songwriter and singer, recognized as one of the true founders of soul music. Often referred to as The King of Soul, Cooke had 29 Top 40 hits in the U.S. between 1957 and 1964 including major hits You Send Me, A Change Is Gonna Come, Chain Gang and Wonderful World. Cooke was also among the first modern black performers and composers to attend to the business side of his musical career, he founded both a record label and a publishing company as an extension of his careers as a singer and composer. He also took an active part in the American Civil Rights Movement.

On December 11, 1964, Cooke was allegedly shot to death by the manager of the Hacienda Motel in Los Angeles, California at the age of 33. At the time, the courts ruled that Cooke was drunk and distressed, and the manager killed Cooke in what was later ruled a justifiable homicide. Since that time, the circumstances of his death have been widely questioned.

Sam Cooke (he added an "e" onto the end of his name because he thought it added a touch of class) was one of eight children of Rev. Charles and Mrs. Annie Mae Cook. The family moved to Chicago, Illinois in 1933.

Cooke began his musical career as a member of a quartet with his siblings, the Singing Children, followed by a turn as a teenager as a member of the Highway QCs, a gospel group. In 1950, at the age of 19, he joined The Soul Stirrers and achieved significant success and fame within the gospel community.

His first pop single, "Lovable" (1956) was released under the alias of "Dale Cooke," in order to not alienate his fan base; there was a considerable taboo against gospel singers performing secular music. However, the alias failed to hide Cooke's unique and distinctive vocals. No one was fooled. Art Rupe, head of Specialty Records, the label of the Soul Stirrers, gave his blessing for Cooke to record secular music under his real name, but was unhappy about the type of music Cooke and Bumps Blackwell, Cooke's pop producer, were making. Rupe expected Cooke's secular music to be similar to that of another Specialty Records artist, Little Richard. When Rupe walked in on a recording session and heard Cooke covering Gershwin, he was quite upset. After an argument between Rupe and Blackwell, Cooke and Blackwell left the label, and Cooke signed with Keen Records in 1957. His first release was "You Send Me", which spent six weeks at #1 on the Billboard R&B chart but which also had massive mainstream success, spending three weeks at #1 on the Billboard pop chart.

As if a R&B performer writing his own songs and achieving mainstream fame was not innovative enough, Cooke continued to astonish the music business in the 1960s with the founding of his own label, SAR Records, which soon included The Simms Twins, The Valentinos, Bobby Womack, and Johnnie Taylor. Cooke then created a publishing imprint and management firm, then left Keen to sign with RCA. One of his first RCA singles was the hit "Chain Gang." It reached #2 on the Billboard pop chart. This was followed by more hits, including "Sad Mood", "Bring it on Home to Me" (with Lou Rawls on backing vocals), "Another Saturday Night" and "Twistin' the Night Away".

Like most R&B artists of his time, Cooke focused on singles; in all he had 29 top 40 hits on the pop charts, and more on the R&B charts. In spite of this, he released a critically acclaimed blues-inflected LP in 1963, Night Beat. He was known for having written many of the most popular songs of all time in the genre, and is often uncredited for many of them by the general public.

Cooke died at the age of 33 under mysterious circumstances on December 11, 1964 in Los Angeles, California. Though the details of the case are still in dispute (see below), it seems he was shot to death by Bertha Franklin, manager of the Hacienda Motel in South Los Angeles, who claimed that he had threatened her, and that she killed him in self-defense. The verdict was justifiable homicide, though many believe that crucial details did not come out in court, or were buried afterward. Cooke was interred in the Forest Lawn Memorial Park Cemetery, Glendale, California.

Some posthumous releases followed, many of which became hits, including "A Change Is Gonna Come", an early protest song which is generally regarded as his greatest composition.

The song "A Change Is Gonna Come" was played upon the death of Malcolm X, and was memorably featured in Spike Lee's film Malcolm X. Barack Obama's presidential victory speech paraphrased the song: "It's been a long time coming, but tonight, because of what we did on this day, in this election, at this defining moment, change has come to America."

Rapper Tupac Shakur references Cooke in a line of the song "Thugz Mansion", and Nas references him in the song "We Major" with Kanye West. The Roots song "Stay Cool" suggests, "I got the soul of a young Sam Cooke". Mike Doughty's song "Sweet Lord in Heaven" evokes the memory of Cooke, as does the Wallflowers 2000 song "Sleepwalker": "Cupid don't draw back your bow, Sam Cooke didn't know what I know". The Irish rock-group Jetplane Landing have a song named "Sam Cooke".

A fictional version of Cooke (portrayed by Paul Mooney) appeared briefly in the 1978 film, The Buddy Holly Story, leaving the stage at the Apollo Theater before Buddy and The Crickets got on. After being featured prominently in the 1985 film Witness, the song "Wonderful World" gained further exposure. "Wonderful World" was featured in one of two concurrently running Levi's Jeans commercials in 1985 and became a hit in the United Kingdom because of this, reaching #2 in re-release. Other notable movies that featured his music are Animal House ("Wonderful World" and "Twistin' the Night Away"), American Werewolf in London, and Cadence ("Chain Gang").

Posthumous honors
Shortly following his passing, Motown Records released We Remember Sam Cooke, a collection of Cooke covers recorded by The Supremes.
In 1986, Cooke was inducted as a charter member of the Rock and Roll Hall of Fame.
In 1999, Cooke was honored with the Grammy Lifetime Achievement Award.
In 2004 Rolling Stone magazine ranked him #16 on their list of the "100 Greatest Artists of All Time".
In 2008, Cooke was named the fourth "Greatest Singer of All Time" by Rolling Stone magazine."

Covers
John Lennon included a medley of two Cooke songs, "Bring It On Home to Me" and "Send Me Some Lovin'," on his 1975 oldies album, Rock 'n' Roll.
Cooke's songs are covered in a tour-available EP from Decemberists frontman, Colin Meloy. It is the third installment of his solo-tour Colin Meloy Sings…!
Johnny Nash covered the song "Cupid" in 1969 with chart success in the US and UK, and it was included as the B-side on some versions of his 1972 hit single I Can See Clearly Now.
The Animals covered the song "Bring It On Home To Me" in 1965.
Amy Winehouse also covered the song "Cupid" for the BBC Radio 1 album Radio 1 Established 1967.
British soul singer Adele covered the song "That's It, I Quit, I'm Movin' On" as B-side to her single "Chasing Pavements" a bonus track for the Asian release of her studio album 19.
Richard Marx covered "Bring It On Home To Me" and "Wonderful World" during his earlier concerts.
"A Change Is Gonna Come" has been covered several times. Solo, Aretha Franklin, Tina Turner, The Fifth Dimension, The Neville Brothers, Otis Redding, The Fugees, Cold War Kids, Seal, Bill Frisell, and The Band featuring the vocals of Rick Danko have all recorded versions of the song. Seal's version debuted on the R&B/Hip-Hop Songs chart (Billboard, Nov. 2008) shortly after the election of Obama-Biden.
Gene Vincent, who was a big fan and a close personal friend of Sam Cooke's, recorded "Another Saturday Night" in 1964 and "Bring It On Home to Me" shortly before his own death in 1971.
Cat Stevens released his Greatest Hits album (1975) with a cover of Sam Cooke's "Another Saturday Night", only the second song he released that he didn't write himself. He had also released it as a single (July 12, 1974) which reached No.4 in the U.S.
Cooke was an influence on punk vocalist Mia Zapata of The Gits, who honored him with a cover of "A Change Is Gonna Come" on their album Enter: The Conquering Chicken.
In spring 1965 the British group Herman's Hermits reached no. 5 in the US charts and no.7 in the UK charts with their version of "Wonderful World".
In 1978, Art Garfunkel, Paul Simon, and James Taylor sang "Wonderful World" which hit the Top 40 in the US charts.
In 1966, the now cult 60s British pop show Ready Steady Goes Live, the live version of Ready Steady Go!, devoted a whole programme to a live performance of Soul singer Otis Redding, who regularly covered many of Cooke's songs. One of the highlights was a rousing version of "Shake" on which Redding was joined by British Soul legends Eric Burdon, lead singer of The Animals, and chart topper Chris Farlowe.
Jimmy Buffett covered "Another Saturday Night" on his album Margaritaville Cafe Late Night Menu, in 1993.