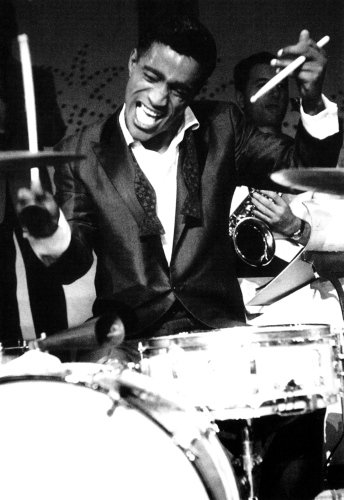 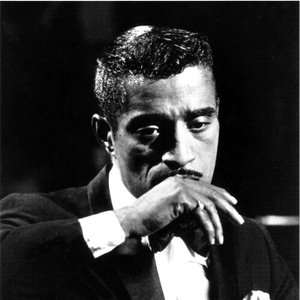 Samuel George "Sammy" Davis, Jr. (born December 8, 1925 in Harlem, New York; died May 16, 1990 in Beverly Hills, California) was a Grammy Award winning singer, Golden Globe and Emmy Award winning actor, dancer, multi-instrumentalist and only black member of Frank Sinatra's The Rat Pack. Davis began his career with his father and uncle in the Will Mastin Trio and he toured nationally with them, only leaving due to military service. He became an overnight sensation following a nightclub performance at Ciro's after the 1951 Academy Awards, became a successful recording artist and then made his first film performances later that decade.

Davis, Jr. was born in Harlem, Manhattan, New York City, New York, to Elvera Sanchez, a dancer, and Sammy Davis, Sr., an African-American entertainer. The couple were both dancers in vaudeville. As an infant, he was raised by his paternal grandmother. When he was three years old, his parents split up. His father, not wanting to lose custody of his son, took him on tour. Sammy Davis Jr. claimed that his mother was Puerto Rican, however the 2003 biography In Black and White alleges that he made this claim due to the political sensitivities of the 1960s (during the Cuban Missile Crisis), and that his mother was born in New York of Cuban descent rather than in San Juan, Puerto Rico.

Mastin and his father had shielded him from racism. Snubs were explained as jealousy. But during World War II, Davis served in the United States Army, where he was first confronted by strong racial prejudice. As he said later, "Overnight the world looked different. It wasn't one color anymore. I could see the protection I'd gotten all my life from my father and Will. I appreciated their loving hope that I'd never need to know about prejudice and hate, but they were wrong. It was as if I'd walked through a swinging door for eighteen years, a door which they had always secretly held open.