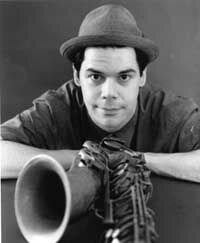 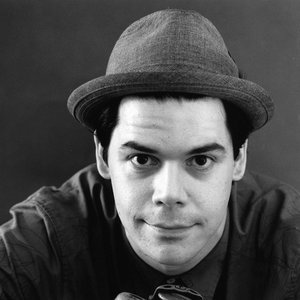 New York based tenor saxophonist/composer Seamus Blake is recognized as one of the finest and most creative young players in jazz.

John Scofield, who hired him for his “Quiet Band,” calls him “extraordinary, a total saxophonist.” In February 2002, he took first place in the Thelonious Monk International Jazz Saxophone Competition in Washington D. C. As the winner, he performed with Wayne Shorter and Herbie Hancock.

Seamus Blake was born in England and raised in Vancouver, Canada. At age 21, while still a student at Boston's prestigious Berklee College, he was asked to record with legendary drummer Victor Lewis. After graduation, he moved to New York, where he rapidly established himself on the New York jazz scene.

Seamus has released five albums on Criss Cross Records, from his 1993 debut “The Call” to the 1995 premiere of the “Bloomdaddies,” a “funky, alternative grunge jazz band”, to “Way Out Willy,” which was released in February 2007. He has also recorded as a leader for the Fresh Sound label. "Stranger Things have Happened" (now available on itunes) features Kurt Rosenwinkel as well as Jorge Rossy and Larry Grenadier from the Brad Mehldau trio.