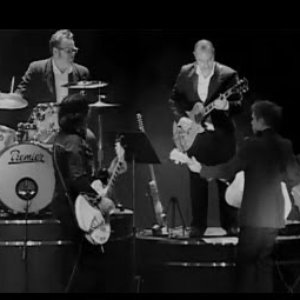 With the release of his critically acclaimed second solo album DARK THINGS, Shannon has taken this greatest (and most artistically courageous) leap to-date to realise a personalised and intimate form of musical expression. Discover for yourself and check the video link and view a snatch of the astonishing performance at the 2009 Port Fairy Festival Guitar Zone concert. Sharing the stage that day was Grammy award-winning V.M. Bhatt, who took time out personally express his appreciation of Shannon’s playing.

The spotlight of attention really started to move Shannon’s way when he was picked up as personal guitar-slinger to blues legend, Chris Wilson. The young Bourne learnt his performance craft in the boot camp of countless gigs, TV appearances and festivals with the in-demand Wilson, both in here and overseas. Bonus nights (and there were many), would be on those occasions where the bill was shared playing with the likes of Richard Thompson – a personal favourite and influence on Shannon. All this experience and the recording of two albums with Chris, whetted the appetite of the guitarist to go out and do his own thing – in 2005 BURN IT DOWN was released

BURN IT DOWN was very much an album from the young blues guitarist – played straight with rocking’ blues and tender tunes; all killer! The album won immediate applause from fans and critics alike. Justifiably proud of his first independent solo release, Shannon was humbled by the attention and excited by the opportunities it attracted.

The following three years were filled with great session work, appearances as featured guest guitarist with the likes of Matt Walker and Broderick Smith on tours here and once again, overseas. Shannon also began to give of his time to supporting emerging artists in a variety of genres, such as Jimmy Dowling.
Inspired once more by his colleagues and experiences, Shannon felt the desire to fulfil his own musical expression. DARK THINGS became the album that had to be made. A tonal articulation of Shannon’s own space and thoughts. The risk in releasing a ‘blues-infused’ versus straight blues album, was undermined by the contentment found by releasing all the images and sounds that became the album DARK THINGS. Shannon had now found his own voice – a developing voice - centred on a personal philosophy of what ‘the blues’ means to him. The album attracted a new group of enthusiastic listeners, whilst managing to challenge the perspective of existing fans.

Shannon has edged even further centre-stage this year with performances at the invitation only SXSW showcase and in Tex Perkins’ hugely successful show, Man In Black.

Shannon is currently working on pieces that push the sonic boundaries of the blues even further. His story is far from complete.