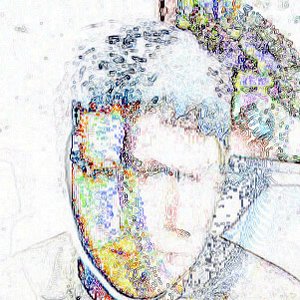 Shannon O’Neill is an artist, academic and curator who works across music, radio, internet, performance, text, video and installation. Based in Sydney, Australia, he has been active since the early 1990s.

As well as making music under his own name and as Time Being, he has been a member of the groups Wake Up and Listen, the Splinter Orchestra, Plenum, Projek Lansac and Undermind, and has collaborated with numerous artists in various media, including filmmaker Husein Alicajic, choreographer Tess de Quincey and new media artist Mari Velonaki. Lately he has been focussed on making site-specific multimedia and sound installations in collaboration with Jennifer Teo.

He has also made acclaimed experimental radio programs for broadcasters such as 2MBS-FM, 2SER, FBi Radio and the Australian Broadcasting Corporation.

Shannon has directed the Electrofringe festival (2001-02), the Disorientation series (2003-04), and the Sydney Liquid Architecture festival (2005-07, 2009) and is the founder and director of Alias Frequencies, an organisation that promotes and publishes music and media art. He is also co-director of Plum Industries, a new media and web development and consultancy business.

He has written extensively on sound and media art for publications such as RealTime and Art Monthly Australia, and contributed a chapter to the recent book ‘Experimental Music: Audio Explorations in Australia‘.