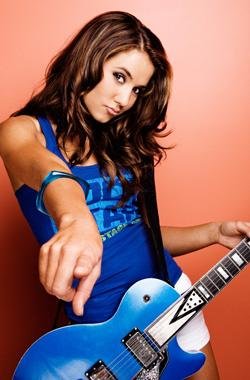 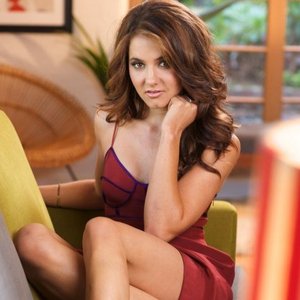 Shea Fisher was born in Portland Victoria in April 1988. She’s the daughter of Australian bull riding and bareback riding champion Eddie Fisher and barrel racing champion Joanne Fisher. Shea started to ride and compete in rodeos at the age of 3 when she entered her first barrel race and for the next few years the Fisher family travelled Australia competing in rodeo competitions.
At the age of seven Shea won her first junior barrel race against 18 year olds and in 1997 she won her first National Rodeo Association Junior Barrel Racing title.
In March 1998, Shea and her family moved over to the United States of America where her father Eddie Fisher was competing in the Bud Light Cup tour and the PBR bull rides. He was ranked in the top 45 bull riders in the world. When they first moved over to the US they lived in New Mexico on a ranch not far from Roswell. Living on the ranch in New Mexico was a fantastic experience for Shea. Learning to drive a truck at the age of 9, mustering and branding cattle every week, and attending a small country school in Elida for half the year was just a small part of the experience. Shea lived the true cowgirl life.
The family then moved to Bellville, Texas and Shea began to compete in Texas Youth Rodeo Association events. She won the Junior Barrel Racing Championship, Goat Tying Championship, All Round Championship and was runner up in the Pole Bending and Breakaway Roping Championships.
Shea first became interested in country music whilst living in America. She always loved to sing but it wasn’t until then that she decided that country was truly her style of music.
In 1999 Eddie Fisher was working his way up the world standings, collecting big prize winning cheques each weekend until he badly broke his arm during a routine rodeo bull ride. After Eddie’s misfortune, the Fisher family decided to return back home to Australia.
In 2000 Shea was back at school on the Sunshine Coast in Queensland and began competing again on the Australian rodeo circuits, making it to the National Finals Rodeo in 2001 for Junior Barrel Racing and Junior Breakaway Roping. Shea first began to start getting into singing and performing in 2001and began singing the National Anthem at professional rodeos including the National Finals Rodeo in addition to competing in the events.
Shea won her first major talent quest at the 2003 Mud Bulls and Music Festival. In 2004 she was accepted into Camerata, the country music college in Tamworth where she learnt a lot about the art of performing and then went on to be a Grand Finalist in the Gympie Muster Talent Search later that year.
Shea continued to compete at rodeos but also began performing shows afterwards at major rodeo events at Longreach and Mt. Isa. In 2004 she also made it to the APRA national finals rodeo in the Junior Breakaway and Barrel Race, and was the first girl ever in history to make it to the APRA National Finals in the Steer Ride. Throughout 2004, Shea was the only girl competing in the steer ride all year but was as tough as any boy. Luckily she had the expert help of her Australian champion father Eddie.
Shea would practice on a bucking machine during the week then on the weekend ride to win! She continued to balance Year 12 and her rodeo success into 2005 where she became the Australian Professional Rodeo Association Junior Barrel Racing Champion on her horse Jet, All Round Junior Champion and a national finalist in the Ladies Open Breakaway at only the age of 17.
At the 2006 Tamworth Festival Shea performed several shows with her band, this included a couple of shows at the Australian Bushman’s Campdraft & Rodeo Association (ABCRA) National Finals Rodeo.
Shea supported Steve Forde & The Flange on the National 2006 Rowdy & Loud Tour while managing to fly to America to record her debut album in Nashville Tennessee. She also performed for the first time at the Deni Ute Muster before returning to the ABCRA National Finals Rodeo stage in Tamworth in early 2007.
In April 2007 and at the age of just 19, Shea signed a record deal with ABC Music and will release her debut album, titled “Everyday Girl” on July 14, 2007. At the announcement, Tim Holland (Manager, Country Music Label – ABC Music) said, “Shea is most definitely a star in the making. She brings a really fresh and exciting approach to country music. She’s a country girl at heart with a great story but like other young woman from the country these days, she’s very aware of what’s going on around the world and you can see this in the way she conducts herself. She’ll be a great role model for her young fans and she’s a dynamic performer who just keeps getting better and better.”
Shea is a dynamic performer with a great voice, Shea's gorgeous, gutsy and has a unique story. Her debut album, Everyday Girl, showcases her fresh approach to country music.
The eleven track album features Shea's debut single, Just The Excuse - a youthful upbeat country-pop track with a positive message for all ages. The other tracks, co-written with Steve Forde, include a mix of catchy country-pop and ballads which reflect Shea's diverse and vivacious approach to life.
"From a young age, I've just naturally worn a lot of different 'hats'; there's the songwriter and performer, the rodeo chick, the beach girl and then I'm also a normal teenager who just wants to have a good time with my mates", says Shea. "It has been such an incredible journey so far, and I know this is only the beginning".