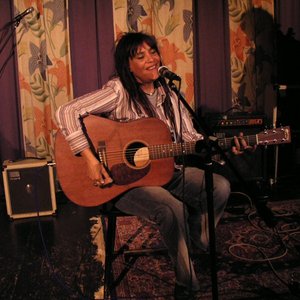 Shellie Morris is an Australian Aboriginal singer songwriter who performs earthy and honest songs. Shellie has a beautiful voice and her soulful enigmatic acoustic ballads are guaranteed to delight the listener. The Australian newspaper described her as ‘an aboriginal chanteuse of rare seriousness and grace’. She has performed everywhere from rural outback Australia to London Festival Hall and the Sydney Opera House with great reviews.

Shellie is currently a featured Aboriginal singer with the Black Arm Band. (A collaboration of Australia’s top indigenous artists and jazz musicians) Her song Swept Away was orchestrated and performed in 2008 with the Melbourne Symphony Orchestra. A documentary film on Shellie’s life as an indigenous singer was commissioned and broadcast nationally in 2009 as well as her concert at the Sydney Opera house with aboriginal musician Gurrumul Yunupingu.

Shellie performed and co-wrote the music Liberty Songs collaboration between refugees from Liberia and indigenous Australian singers. In 2004 and 2005 Shellie was awarded the Female Musician of the Year at the N.T. Indigenous music awards. Her album Waiting Road was nominated for album of the year at the 2007 Deadly Awards (Australian aboriginal awards). In 2010 Shellie performed her aboriginal song Swept Away at the opening of the Winter Olympics in Vancouver with the Black Arm Band.

This year Shellie sang alongside the international music stars Sinead O’Connor, John Cale, Meshell Ndegeocello, Rickie Lee Jones and aboriginal singer Gurrumul Yunupingu for the show 7 Songs to Leave Behind. Shellie has performed at WomadUK and WomAdelaide and has shared the bill and with touring artists of the calibre of Yothu Yindi, Archie Roach, Grinspoon, Vicka and Linda Bull, You am I, Tiddas, Jimmy Little, Bluehouse, Rebecca's Empire and Magic Dirt, Chris Bailey (The Saints) Shane Howard (Goanna).