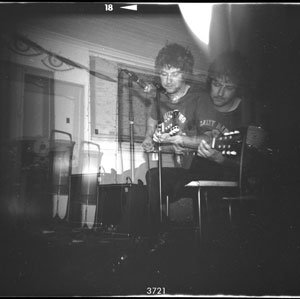 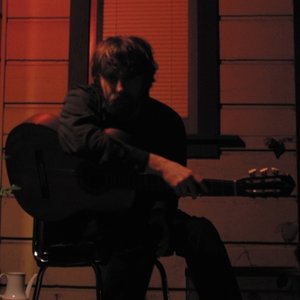 Six Organs of Admittance is the primary musical project of guitarist Ben Chasny, formed in 1998 in northern California, USA. Beginning as a solo endeavor, it now regularly features other musicians in concert and as guests on records. Original inspiration for the band came from wanting to merge the styles of fingerpicked acoustic guitar with more improvisational drone elements. A copy of Hans Peter Duerr’s Dreamtime book provided the early blueprint for the analogy of fingerpicked acoustic guitar as civilization vs. noise/drone as wilderness that was to dominate the first few records. The Six Organs sound has moved toward more electric styles through the years but the acoustic element is never too far away. Early records were recorded on a Tascam 424 mkII four-track and self-released on Ben’s own Pavilion label. In 2002 Six Organs hooked up with the label Holy Mountain, who released Dark Noontide.

A tour with the late great Jack Rose happened in 2000, as well as Ben’s move to Santa Cruz. It was there that he would begin hanging out and touring with (and eventually joining) the band Comets On Fire. Six Organs recordings continued to be made on the 4-track in Ben’s room resulting in the records For Octavio Paz and Compathia.

In 2003 Six Organs went into the studio for the first time and recorded School of the Flower. This record was notable for having drummer Chris Corsano (whom Ben would later form Rangda with) as well as being the first release with Chicago label Drag City.

Since then Six Organs has moved from city to city as well as touring across the USA and Europe many times, along with the occasional festival. One festival highlight was being invited by the band Neurosis to play their weekend of curation of Roadburn Festival in Tilburg, Holland, in 2009.