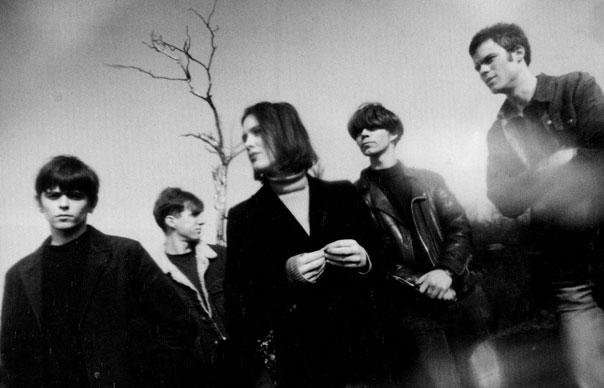 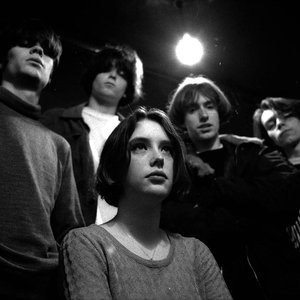 Slowdive is a dream pop/shoegaze band that formed in 1989 in Reading, England, United Kingdom. Signed to Creation Records in 1990 and initially championed by the British music press, the band scored a UK top forty entry with their debut album Just For a Day.

Initial demos were released as the Slowdive EP in late 1990; the band's sound was influenced by the Cocteau Twins and Creation labelmates My Bloody Valentine, featuring heavy use of guitar effects and muted vocals. Reviews in Melody Maker and the NME were enthusiastic, and two further well-regarded EPs followed in 1991 (Morningrise & Holding Our Breath). Their debut LP Just for a Day was written and recorded in six weeks, and was generally felt to be a disappointment at the time. At the same time, the UK music press had started to pick up on the American grunge scene, and the more introspective sounds of Slowdive, labelmates Ride, Chapterhouse and other "shoegazing" bands had fallen from critical favour. American label SBK pushed back the release of Just for a Day after a disastrous viral marketing campaign (involving vandalism of a public statue). In early 1992, the band toured the USA with Ride, and then returned to the UK to record a second album.

The band's second album, Souvlaki, would later become generally the band's most popular and well-received record. The album broke new ground for the band: two songs featured contributions from Brian Eno; "Souvlaki Space Station" was influenced by dub reggae; tracks such as "Dagger" and "Here She Comes" would become indications of the country-rock direction Halstead and Goswell would take a few years later; and several songs such as "When the Sun Hits" and "Alison" continued the style of the first album, but with improved songwriting. Initial copies of the UK version came with Blue Day, a compilation of most of the early EP tracks originally released as a separate album in Japan and some European countries. Later in the year, the band also released the 5 EP, containing four songs showcasing the influence of ambient techno; the lead track "In Mind" was also remixed by Bandulu and Reload (both then signed to Creation's dance label).

As with the first album, SBK delayed Souvlaki's release, and the band found themselves touring the USA in the summer of 1993 as Catherine Wheel's supporting act with no product to promote. The US version of Souvlaki was eventually released in early 1994, and included "Some Velvet Morning" (originally recorded for the Volume 7 compilation) and three of the tracks from the 5 EP. When Slowdive were finally able to tour America to support the album, SBK withdrew their funding halfway through; two further tours in 1994 were entirely funded by the band.

Simon Scott left amidst creative differences in 1994; he was replaced on drums by Ian McCutcheon. The band had almost become a Halstead solo project by the recording of their final album, 1995's Pygmalion. A critically misunderstood and widely-misinterpreted "ambient" record, Pygmalion took the dreamy guitar sound and warm-yet-solemn tone of earlier Slowdive to a newer, more minimalist extreme, similar to earlier dream pop bands such as A R Kane, or bands such as Labradford.

Slowdive was dropped by Creation in 1995 a week after the release of Pygmalion; Halstead had been warned before the recording of the album that the relationship with the label would end unless he delivered a "pop album". A legend arose that the band was dropped due to the Gallagher brothers refusing to sign Oasis to Creation if Slowdive and their counterparts remained on the label's roster, although Oasis had in fact released their debut single almost a year before Pygmalion.

After being dropped from Creation, Slowdive eventually went on hiatus later in 1995. Neil Halstead, Rachel Goswell and Ian McCutcheon recorded an album of country-influenced songs, and were signed to label 4AD, changing the band name to Mojave 3. Halstead and Goswell have also both released solo albums for 4AD.

Christian Savill went on to form Monster Movie, a dream pop group that continued where Slowdive left off. They have released three albums thus far, Last Night Something Happened (2002), To The Moon (2004), Transistor (2005), and—most recently—All Lost (2006).

Simon Scott formed Televise in 2004, a group which developed the lengthy noise swells and experimental song structures that helped define shoegaze while also including a more electronic brand of indie rock.

Eventually, all of Slowdive's albums were reissued in late 2005. Just For a Day included a bonus disc with all tracks from the first three EPs, and the three songs recorded for a John Peel session on 26 March 1991. Souvlaki included a bonus disc with all the remaining EP tracks, as well as "Some Velvet Morning" (originally recorded for a compilation). Pygmalion—which had become a collector's item in the years since its release due to it never being issued in the USA—contained no extra material, however.

On January 28, 2014, following a 12-day countdown and the appearance of an official website and Twitter account for the band, Slowdive announced their reunion with the Just for a Day/Souvlaki-era line-up including Simon Scott as drummer. The band was confirmed the same day to be playing the 2014 Primavera Sound Festival in Barcelona, Spain. 2014 saw the band go on a 5 month, 40 date long tour. In January 2017, Slowdive released their first new single in 22 years on the Dead Oceans label. Another single and a self titled 4th album followed in May 2017.