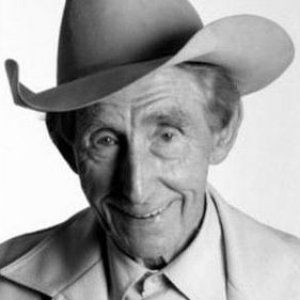 b. Herbert Henry Dawson, 19 March 1913, Collingwood, near Melbourne, Victoria, Australia, d. 13 February 2008, Sydney, New South Wales, Australia. Dawson’s family relocated to Warrnambool when he was a baby and his mother died when he was five years old. A pioneer of Australian country music, his father was a music hall baritone, who had studied to be a chemist and then a doctor, before becoming an invalid as a result of injuries received at Gallipoli. In 1926, Dawson left school to work to help support the family and also began singing, yodelling and playing concertina and harmonica at local dances. He grew up among relatives of noted Australian bushranger Ned Kelly and during this time, he learned many of the Irish-Australian ballads that he later popularized.

By 1932, playing steel guitar and dobro, Dawson formed a duo with his brother Ted (bass/guitar). They sang and played to crowds outside Melbourne theatres and broadcast on 3JR. By 1935, they had moved to the bigger 3KZ, where they played as both the Coral Island Boys and because of the then-current interest in Hawaiian music, the South Sea Island Boys. It is claimed that Dawson featured the first electric steel guitar used in Australia. By 1937, with Peggy Brooks as lead singer and other musicians, the Smoky Dawson Show attracted sponsorship from Pepsodent and became the first live country show on Australian radio. Adding more hillbilly music to his repertoire, Dawson progressed to play theatre and rodeo venues. He made his first recordings for Columbia Records in August 1941, including his noted ‘The Range In The Western Sky’, which was recorded years later by noted yodeller Mary Schneider.

Dawson recorded six further songs in 1942 but in 1943, army service interrupted his recording career for two years. Initially, he joined the Medical Corps but later transferred to the Entertainment Unit and was serving in Borneo when the war ended. Back in civilian life, and newly married to his wife Dot (the union would last over 60 years until his death), he took to scriptwriting and producing his radio shows. He toured in partnership with Gill Brothers Rodeo and even incorporated knife and battle-axe throwing at human targets and using a stock whip as part of his act. In 1948, he recorded six songs including his famous ‘My Heart Is Where The Roper Flows Tonight’. He wrote a series of songs and stories based on his own experiences for Inlander, a new show broadcast by ABC. The star of the show was the noted serious singer Peter Dawson. They were not related but became great friends. Dawson always referred to Smoky as his ‘illustrious nephew’, while Smoky called him his ‘great Uncle Snakeskin Pete’.

The year 1951 was an important one for Dawson. He came to England, where BBC Television covered his act live (including knife-throwing) at the Festival of Britain. He also toured in the USA (with a kangaroo called Zip), on behalf of the Australian government and still found time to record 18 songs, including his popular versions of ‘The Man From Never Never’ and ‘The Wild Colonial Boy’. He returned to Nashville in 1952, where he appeared with Ernest Tubb and after signing with Acuff-Rose Music, he recorded for the Hickory label. He worked on the promotion of the filmKangaroo and appeared on Broadway (with his whip and knife act) in Kiss Me Kate. Lew Grade wanted him to play in Paint Your Wagon but he was unable to take the part, being under contract for a national radio series about life in the outback. The Adventures Of Smoky Dawson (accompanied by his wonder horse Flash) was sponsored by Kellogg’s and became so much a national institution that it ran for 10 years, only ending in 1962, not because of public reaction but simply because the actors had had enough. Flash, who in Australia enjoyed the popularity of Roy Rogers’ horse, Trigger, in the USA, died in 1982, aged 35. Between 1956 and 1974, he and Dawson appeared together at countless venues, including leading the annual Sydney Spring Festival parade.

During the 50s, Dawson recorded nine more sessions and in 1957, established the Smoky Dawson Ranch, which for over 20 years occupied most of his time, until he leased it to a company. This venue hosted country music shows and other entertainments, an amusement park and a stunt school and provided a holiday camp. He also acted as a technical advisor to films and television shows as well as supplying stock. This limited his touring, and he was 60 when he eventually recorded again in 1973. Between 1973 and 1979, he made daily appearances on Channel 9 television and resumed his touring. In 1978, he joined two other Australian pioneers of country music Tex Morton and Buddy Williams, when he became the third artist to be elected to the newly created Country Music Roll Of Renown (Australia’s equivalent to Nashville’s Country Music Hall Of Fame). During the same year, he returned to Nashville to receive a special award for services to country music and returned the following year to star on theAll Time Greats Show and receive a pioneer award from the American Country Music Association. Dawson also lectured on Australian life and performed at numerous American colleges and schools. In Australia, he and Flash were immortalized in wax in Tamworth’s Gallery of Stars and in 1978, he matched his fellow Australian Slim Dusty, when he was awarded an MBE in the New Year’s Honours List.

Although in his early days he sang many western songs, and throughout his career tended to portray a cowboy image, Dawson maintained an undying love of his native land, and his recordings showed that he actually recorded very few songs that were not Australiana. He released an all-new album in 2005, at the age of 92. His passing three years later was marked by wide ranging tributes from across the world.

Top Tracks
1) The Wild Colonial Boy
2) Where The Waterlilies Grow
3) Homestead Of My Dreams
4) Outlaws Of The Weddin Range
5) My Four Legged Friend
6) Wild Colonial Boy
7) The Lad With The Laughing Eyes
8) An Old Railway Line That Runs To Nowhere
9) Uluru
10) Road To Anywhere
11) Hometown Ain't Hometown Anymore
12) The Hills Of The Golden West
13) Save The Mail
14) The Lights of Cobb and Co
15) Mother Please Open the Door
16) Introduction
17) Old Shep
18) The Range In The Western Sky
19) Drifting Down The Roper
20) When The Bloom Is On The Sage
21) Country Towns
22) Will I Meet Old Faithful Up Yonder?
23) Ridin'
24) Smoky (That Wild Stallion Grand)
25) I'm Going Back to Where I Came From