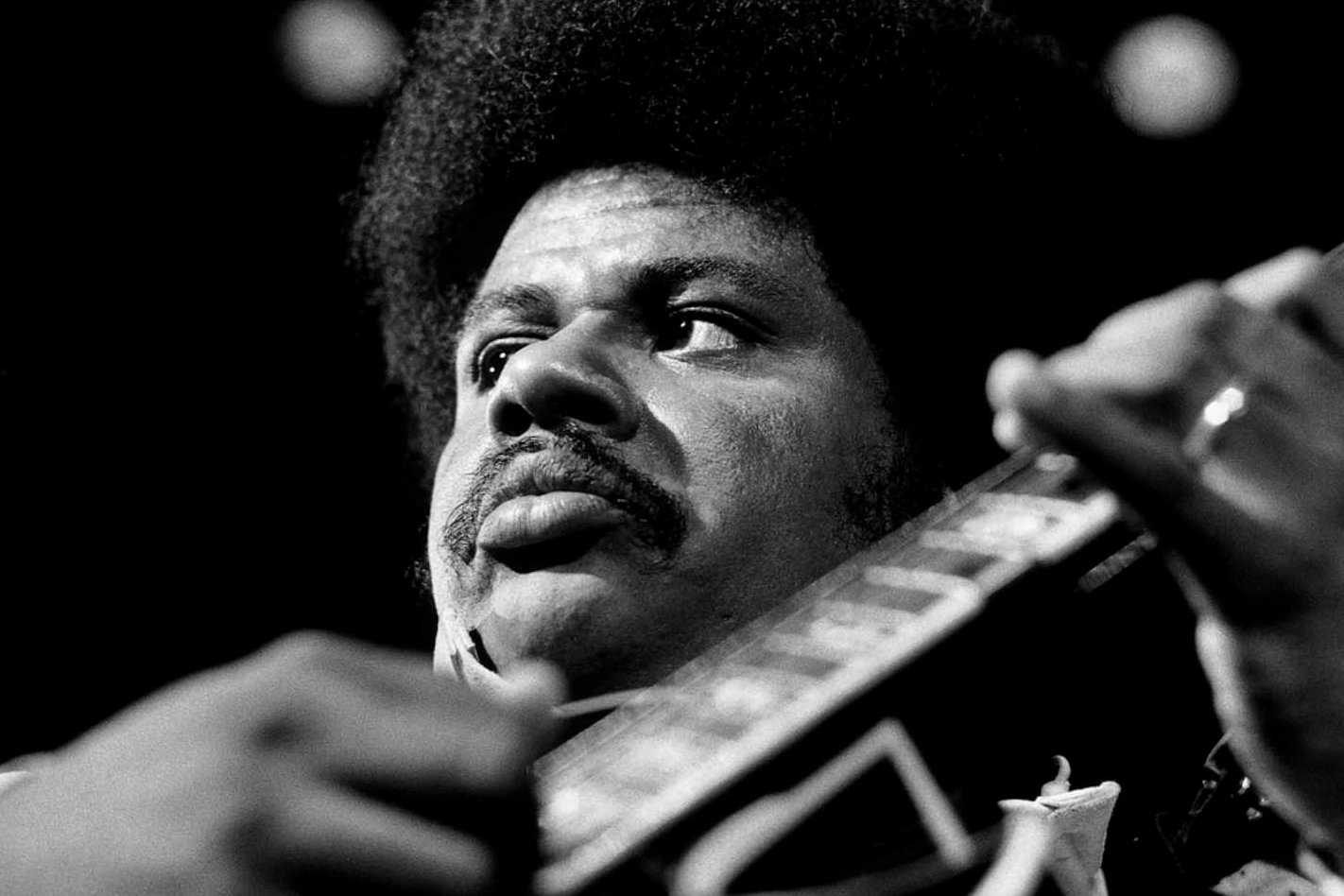 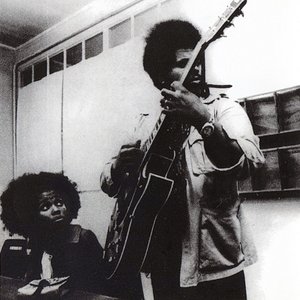 Sonny Sharrock (Warren Harding Sharrock; August 27, 1940–May 25, 1994) was an American jazz guitarist. He was once married to singer Linda Sharrock, with whom he sometimes recorded and performed.

One of few guitarists in the first wave of free jazz in the 1960s, Sharrock was known for his incisive, heavily chorded attack, his bursts of wild feedback, and for his use of saxophone-like lines played loudly on guitar. He had in fact wanted to play tenor saxophone from his youth after hearing John Coltrane play on Miles Davis' album Kind of Blue on the radio at age 19, but his asthma prohibited it. However Sharrock had repeatedly said that he still considered himself "a horn player with a really f***ed up axe."

Sharrock began his musical career singing doo wop as a teenager. He worked with Pharoah Sanders and Alexander Solla in the late 1960s, appearing first on Sanders's 1966 release Tauhid. He collaborated several times with flautist Herbie Mann and also appeared uncredited on Miles Davis' A Tribute to Jack Johnson, arguably his most famous collaboration.

Three albums under Sharrock's name were released in the late '60s through the mid-'70s: Black Woman, Monkey-Pockie-Boo, and an album co-credited to both Sonny and his wife Linda, Paradise, though Sharrock believed the album was embarrassingly bad and argued against its reissue). After the release of Paradise, Sharrock was semi-retired for much of the 1970s, undergoing a divorce from wife/occasional collaborator Linda in 1978.

By the 80s producer/bassist Bill Laswell coaxed Sharrock out of retirement, convincing Sharrock to play on his group Material's 1981 album, Memory Serves. Sharrock and Laswell were also members of the punk-jazz band Last Exit, along with saxophonist Peter Brötzmann and drummer and Ornette Coleman alumnus Ronald Shannon Jackson. During the late 1980s, Sharrock recorded and performed extensively with the New York-based improvisational band Machine Gun, as well as leading his own bands. Sharrock flourished with Laswell's help, noting in a 1991 interview that "the last five years have been pretty strange for me, because I went twelve years without making a record at all, and then in the last five years, I've made seven records under my own name. That's pretty strange."

Laswell would often perform with Sharrock on his albums, and produced many of his recordings including the solo Guitar, the metal-influenced Seize the Rainbow, and the well-received Ask the Ages, which featured Pharoah Sanders on saxophone and in-demand drummer Elvin Jones. One writer described Ask the Ages as "hands down, Sharrock's finest hour, and the ideal album to play for those who claim to hate jazz guitar."

In 1994, Sharrock died unexpectedly of a heart attack in his hometown of Ossining, New York, just as he was on the verge of signing the first major label record deal of his entire career. He was 53. Today, Sharrock is perhaps best known for the soundtrack to the Cartoon Network program Space Ghost: Coast to Coast, one of the last projects he completed in the studio before his death.