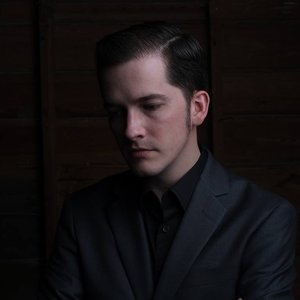 Sons of Perdition consist of solitary, permanent member Zebulon Whatley and occasional, carefully chosen guests. Simon Broke was recently made a member after his contribution to the album, Trinity. Accompanied or alone, Sons of Perdition play downbeat, esoteric, and often bloody songs. Their lyrics are steeped in religious fanaticism, despair, revenge, and the outré. Sons of Perdition have been called Southern Gothic, Avant-Americana, Gothic Country, Cemetery Western, Apocalyptic Folk, and a slew of other things.

Sons of Perdition's first album, The Kingdom is On Fire, was released in 2007. The Hank in Chains Review had this to say of it: "Sons have delivered a beautiful brimstone masterpiece with The Kingdom Is On Fire… an absolutely phenomenal album from start to finish."

Kingdom was followed by Psalms for the Spiritually Dead in 2010. James Carlson called it "a musical sermon unlike any other."

Trinity, the third and final album in Sons of Perdition’s Dissolution Trilogy, was released on GraveWax Records on November 12, 2013. At over 72 minutes, Trinity is a long, metaphorical narrative that tells of a man’s hellish pilgrimage through the American Southwest.

Zebulon Whatley was raised outside the rural settlement of Scrougout, Texas on a diet of fanatic religion and weird fiction. He currently resides in Austin, Texas.