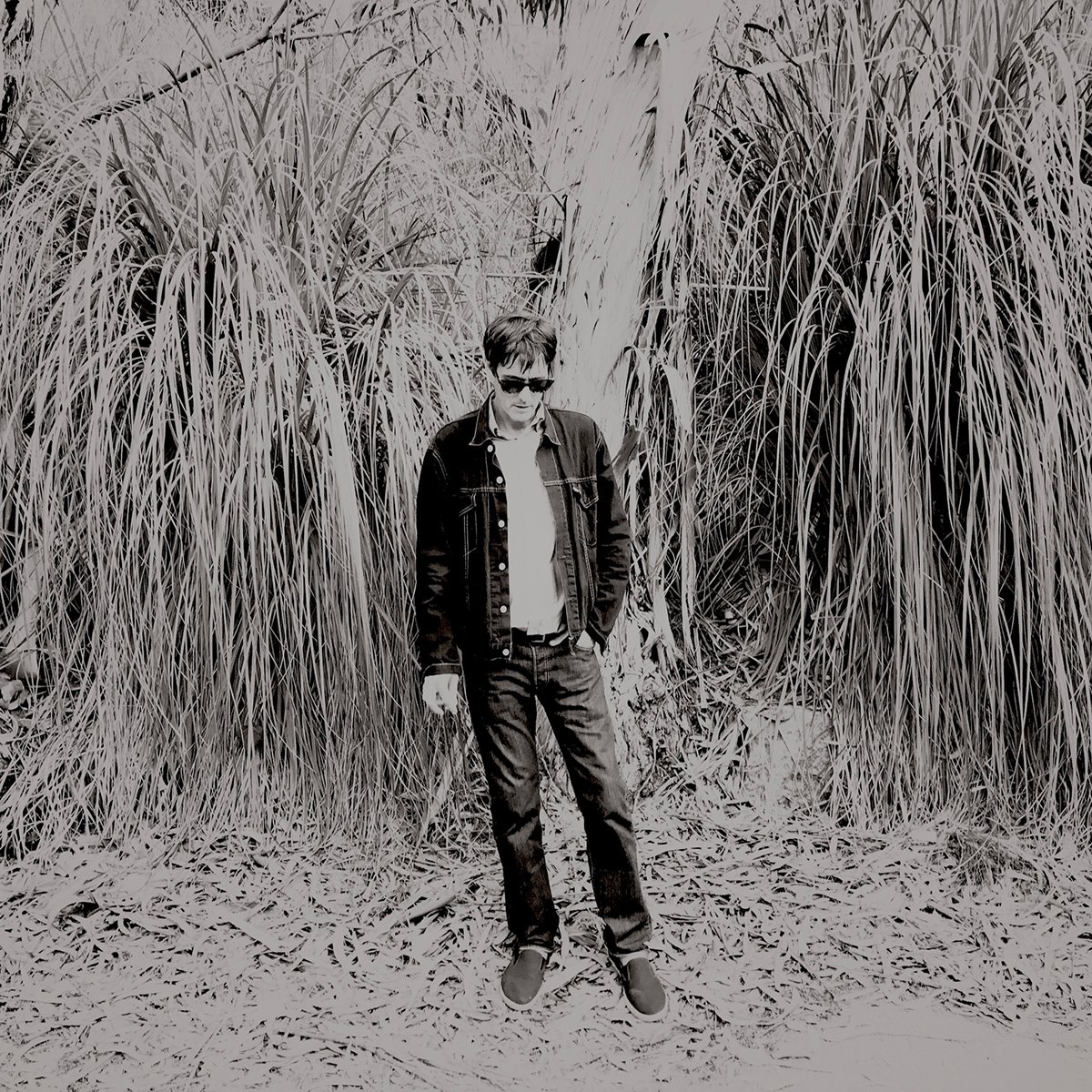 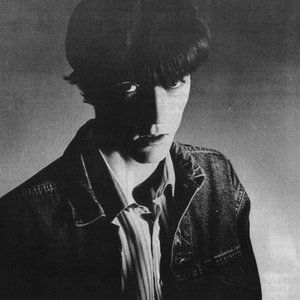 There is more than one artist with this name.

1) Spectrum is a project of Peter Kember, a British musician more usually known as Sonic Boom, and founding member of the band Spacemen 3. Sonic Boom's first solo album, Spectrum, was recorded in 1989 while Spacemen 3 were still together, and featured the other members of the group. However, when Spacemen 3 disbanded in 1991, Kember recruited new musicians for the group Spectrum.

Initial Spectrum releases carried on from the sound of late-period Spacemen 3, featuring conventional songs and a regular band. First single "How You Satisfy Me" was an original composition reminiscent of 1960s garage bands. 1992's Soul Kiss (Glide Divine) was split between songs and longer experimental pieces featuring drones and repetition, and Highs, Lows and Heavenly Blows (1994) was also mainly song-oriented. Occasionally Jessamine and Silver Apples have collaborated with Kember using the Spectrum name.

From 1996 the name has been used for Kember's solo work, usually with Pete Bassman (Pete Bain) from the original Spacemen 3 lineup and recording engineer/musician Alf Hardy. This material was often in the same vein as Kember's Experimental Audio Research project, reflecting an increased interest in vintage analogue synthesizers, especially those made by EMS. A new album was started with Randall Nieman of Fuxa, though put on hold due to other recording and live commitments.

Continuing touring from 2008 through 2009, Spectrum were joined by guitarists Kevin Cowan and Jason Holt. The new line-up has released an ep entitled "War Sucks", recorded in Basel, Switzerland in early 2009 with David Maxxx of Psychic TV.

Spectrum continue to work on a new LP tentatively titled "On the Wings of Mercury" while Kember has produced the sophomore LP for MGMT, due out in late 2009.

2) Spectrum is a blues rock group from Durham, UK. Influenced by the likes of Free, Zeppelin, Thin Lizzy and Hendrix; Spectrum formed in 2010 hailing from Durham, currently performing both covers and originals whilst establishing a reputation as a young upcoming band.

On returning from touring with Free and Bad Company's Simon Kirke in 2008, Paul Smith (Vocals) joined forces with Dan Leak (Guitar) and got to work on setting up their own original blues rock …band.

In April 2011 Spectrum entered Blast Recording Studios in Newcastle Upon Tyne, where artists such as New York Dolls, The Quireboys, Therapy? and Arctic Monkeys recorded. Their début EP received rave reviews by both press and fans and has set the foundation for the band to build a reputation as an exciting original outfit.

In August 2013 the track 'Hope You Know' was featured on the cover disc of Classic Rock magazine: presents The Blues.

"With vocals Paul Rodgers would applaud and a solo that David Gilmour would be proud to put his name to” - Komodorock.com

“Had I finally found a British Blues band that encompassed all that was good about 70’s blues rock but with a 21st century edge? I believe so punters.” –Deviant Magazine

3) Spectrum is an Australian band from the early 1970's.
Australian Spectrum was the brain-child of the eccentric song-writer Mike Rudd and his bassist mate, Bill Putt. They had limitted success commercially and remained an underground band. In the mid 70's they formed a more commercial unit called Indelible Murtceps (Spectrum spelt backwards) and often played a double set, one as Spectrum one as Murtceps.

Rudd and Putt went on to form another more commercially successful band, Ariel, in the late 70's.

Spectrum are best remembered by their one big hit - "I'll Be Gone", which has been covered by many Australian musicians including Chain and John Williamson.

4) Spectrum was an early 1970s Brazilian band. They recorded one LP in 1971, called "Geração Bendita". It falls into the "tropicalia" movement of the era. The songs have similarity to bands like Os Mutantes as well as early 1970s British and American bands.

5) Spectrum is an Israeli psychedelic trance project which was founded back in 2001 (as well as Spectrum records label) by Israel's leading, veteran Dj and one of its most influential figures, Dj Dede.

Dede has been active in the local and international scenes since the early psychedelic trance days, throwing free beach parties in 1992, and co-founding the legendary MDMA Records and Distribution in 1997.

Dede's unique powerful and uplifting style can be recaptured while listening to the various CD compilations he has compiled. Spectrum records concept is Dede's vision of the future of trance and its electronic siblings. Discovering those incredible talents and following them through.The Spectrum sound has been molded after experimenting with all trance grooves and can be best described as uplifting, touching yet powerful and juicy dance floor hits.

6) Spectrum
The Spectrum were a manufactured group, put together by British RCA to see if it was possible come up with a British equivalent of the Monkees. Despite exposure due to their feature in the closing credits of "Captain Scarlet & the Mysterons", they never had any luck in their own country.

The Spectrum made their debut with a single of "Samantha's Mine" and "Saturday's Child," issued in early 1967; it became more popular in Spain (reaching the number one spot) than it was in England. Their second single, "Portabello Road," was picked up by Radio London, the top pirate radio outlet in England, and played very heavily, however failing to make the chart. Their third single, "Headin' for a Heatwave," hit number one in Spain, and their fifth single, a cover of "Ob-La-Di, Ob-La-Da," reached the top spot in Germany during 1968.

Singing the title song in the end credits of "Captain Scarlet" failed to get them any significant sales, and the song was never issued commercially. Iironically, their presence on the title theme did give the group a bit of exposure in America, but they never were able to take advantage of this.
In the following years, after many changes within the group, they recorded two additional single and a LP entitled "The Light is Dark Enough", for RCA - after which the troup moved to Parlophone for one last single before they split up.

Keith Forsey continued to play drums with other artists, and became a major songwriter - co-authoring "Flashdance (What a Feeling)" and "Don't You Forget About Me", and several other movie soundtracks.

7) Spectrum is an ensemble formerly sponsored by Rochester College in Rochester Hills, Michigan.

Spectrum is a progressive/core metal band from Skopje, Macedonia formed in early 2016. Influenced by many other genres and post-genres, experimenting with their whole varieties of more aggressive vibe on one hand , yet on the other hand softer and more melodic, atmospheric vibe they create their own, unique and modern sound.

9) Spectrum is a seven-member K-Pop boy group created in South Korea (Seoul) in 2018, under the company WYNN Entertainment, whose genres are Pop and Dance. The group was originally formed with 7 members called MinJae (the leader), DongKyu, JaeHan, Hwarang, Villain, EunJun (the maknae) and DongYoon (past). Prior to debut, they participated in the show "MIXNINE." They released their first mini album "Be Born" on May 9 of 2018, however, they officially debuted on May 10 through their debut stage on M Countdown with the title song "Light It Up". Their discography has mini albums titled "Be Born" (2018), "Timeless Moment" (2018), "Refreshing Time" (2019), "0325" (2020), and 1 digital single called "Dear My" (2018).
Their social media:
Instagram - SPEC7RUM (@spectrum__wynn)