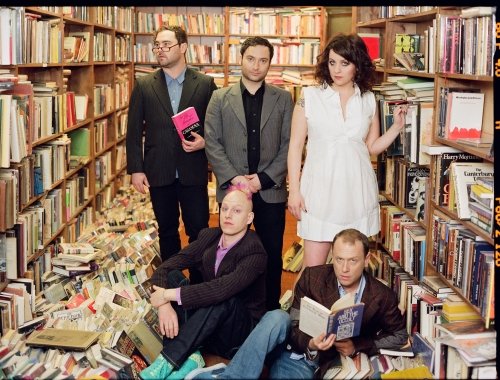 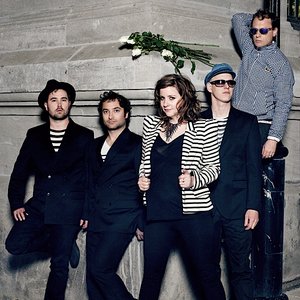 1. Stars is a Canadian indie pop band signed to the Arts & Crafts label. Originally formed in Toronto in 1998 by vocalist Torquil Campbell and keyboardist Chris Seligman, the band relocated to New York City and then subsequently to Montreal. The band also includes singer-guitarist Amy Millan and bassist Evan Cranley. Drummer Pat McGee has toured with the band for years, despite not appearing on their albums until the release of Set Yourself On Fire.

The band’s breakthrough single was Ageless Beauty, from their 2004 album Set Yourself on Fire. While released to minimal fanfare in Canada in October of 2004, Set Yourself on Fire slowly gained a strong following and critical praise soon after its 8 March 2005 U.S. release.

Millan, Campbell and Cranley are also members of the indie band Broken Social Scene; Seligman, although uncredited, has contributed to past Broken Social Scene albums. Millan has since embarked on a solo career, releasing a record entitled Honey From the Tombs in July 2006. Campbell has a side-project with friend Chris Dumont entitled Memphis; their latest album, A Little Place In the Wilderness, was released in August 2006.

On their website, they have noted that their name was chosen, by coincidence, without prior knowledge of the short-lived project by Syd Barrett. They have cited a wide variety of musical likes and influences ranging from Berlioz to Outkast, citing among others Barrett, Paddy McAloon, New Order, The Smiths, Brian Wilson and Momus. They covered The Smiths’ This Charming Man on 2001’s Nightsongs and The Pogues’ Fairytale of New York in 2005. Other indie artists have been guest collaborators on many of their tracks, especially for an early period including the release of their first LP.

2. The Stars is a Japanese psychedelic rock band. It consists of ex-members of the legendary band White Heaven including Michio Kurihara (Ghost, Boris, Ai Aso) on guitar and You Ishihara on vocals. For more information see The Stars.

3. Stars, a short-lived British band in 1972. Its members were Syd Barrett on guitar, Twink on drums, and Jack Monck (of Delivery) on bass. They played three live concerts in Cambridge before Barrett left the group, thus (essentially) ending it. Shortly thereafter Syd Barrett left music altogether and began a life in seclusion, and this project is sometimes seen as the so called 'straw that broke the camel's back'. Recordings of their performances remain lost, though it has been attested that all three performances contained early Pink Floyd songs and different versions of tracks from Barrett's 1970 solo album The Madcap Laughs. It has also been stated in multiple accounts that in each show Barrett entered one of his somewhat trademark catatonic trances, the worst coming in their second concert, where Barrett became almost completely frozen and had to be carried off stage. This was not unusual, having happened many times while Syd was still a member of Pink Floyd.

According to Twink, the band ended when Barrett approached him in the street, carrying a scathing review of their third concert. He waved the paper in Twink's face and said, essentially, "That's it."

4. Stars, an Australian country rock band from the late 1970s, most noted for the songs 'Mighty Rock' and 'Look After Yourself'. The band's main songwriter, Andy Durant, died tragically from cancer at age 25, marking the demise of the band. Fellow band members and many other luminaries in the Australian music scene at the time including Jimmy Barnes and Renee Geyer played a memorial concert, the Andy Durant Memorial Concert, to raise money for cancer research in mid-1980.