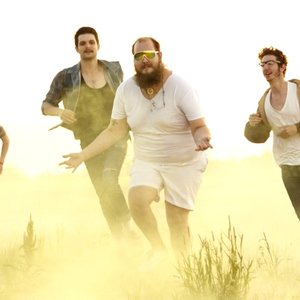 Stepdad is an Electronic Pop band based in Grand Rapids, MI. Originally a duo, they formed in the summer of 2009 when roommates, ultramark and Ryan McCarthy, began writing songs together in their Chicago apartment. In 2010 they released their debut EP "Ordinaire" which spawned 2 singles, Jungles and My Leather, My Fur, My Nails. They recently recorded their debut album with producer Chris Zane who is known for his work with Passion Pit, Mumford and Sons, & The Walkmen.