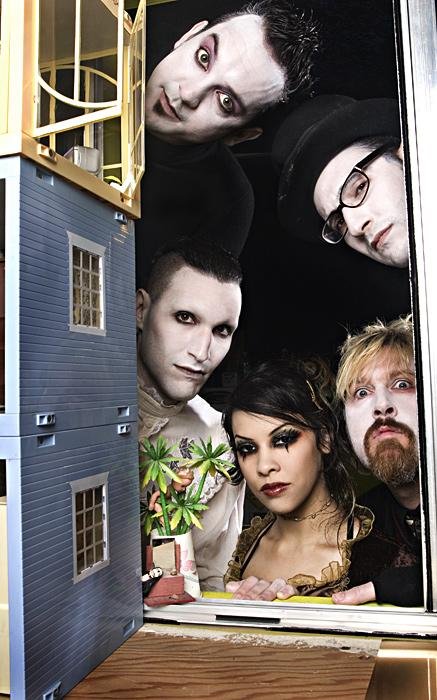 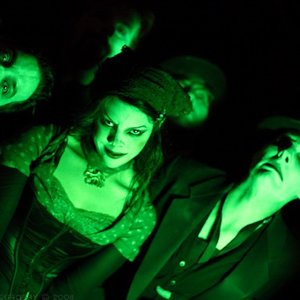 Once upon an awkward adolescence, there was a girl that tripped often and spoke very little, a boy who ate too much junk food, but spoke a lot, and his identical twin that hit things and spoke even more. Then along came a pianist with very wiggly fingers and a baseball bat. Hence…the musical misadventures unfolded.

It all started with "The Fratellis," Stolen Babies' original 12- member group. Horns blared, oversized dolls jumped out of toy boxes, squabbles were had, babies were stolen, turned into flies and fed to giant spiders. Eventually, the blundering theatrics came to an end, but the four stuck together.

Taking their name from a song/skit from the early days, Stolen Babies have been described as playing prog-pop-cabaret-thrash-quirky-goth-rock. Mostly though, they would just like to think that their songs are fun to dance and fall down to.

It's nearly impossible to talk about Stolen Babies without mentioning their ongoing collaboration with graphic novelist extraordinaire Crab Scrambly. His artwork has graced their early releases, website and merch. More notably you can see Crab's original paintings that provide the otherworldly landscapes to Stolen Babies video "Push Button," and of course the artwork for the bands debut full length album "There Be Squabbles Ahead," which was recorded and produced by Dan Rathburn of Sleepytime Gorilla Museum. Which now brings Stolen Babies to…the beginning of The End.