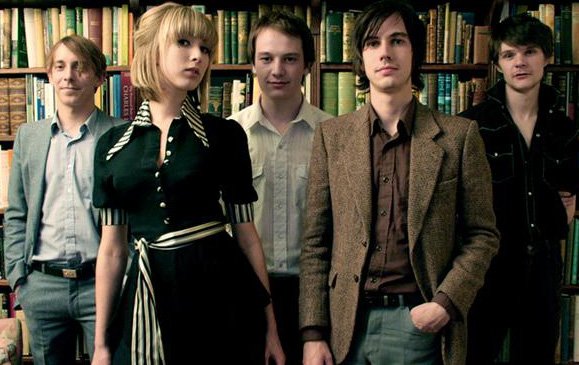 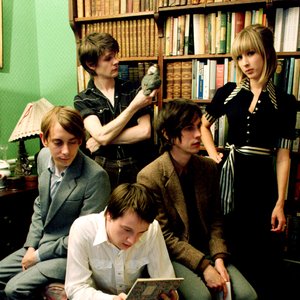 Strange IdOLS formed in London in early 2004, when existing members Davey (guitar, vocals, keyboard) and Launette (vocals, keyboard) moved from the south coast to enrol at art school. They met Julian (guitars) through a shared love of the city and particular pop music, bands like Blur, Hefner, Pulp - the bands they grew up with, and decided to start their own band. They discovered a very particular band called Felt, and used a bit of the title from this groups third LP for their own moniker.
They were soon joined by Danny (bass) and Fred (drums) and started gigging frequently up and down the country, including several support gigs with other, fresh, 'up and coming' bands. They released their debut single Doors / Failed Attempt at a Love Song in April 2005, on their own label, Shady Lane Records. Their second single, It's No Fun! / Old Times was released on the same label in October 2006 and earned them a live session on Marc Riley's Brain Surgery show on BBC 6 Music, plus a number of reviews, including: "Strange Idols sound like rackety John Peel favourites from 1983" from TONY NAYLOR, THE GUARDIAN GUIDE.
Some have said they sound like New Order, Aztec Camera and Altered Images. Strange IdOLS cite these bands as influences, and more.
They continue to play live across the UK and recorded their third single with acclaimed engineer Gareth Parton at Fortress Studios at the end of November 2006, which was released in early 2007 on Modern Pop Records, the label run by Neils Children drummer Brandon Jacobs.
With high achievements in a short history, to quote DROWNED IN SOUND, "…It wont be long before Strange Idols have jangled through the chink in your amour and into your affections. "