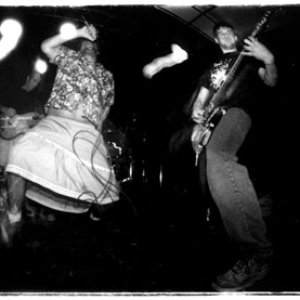 Swallowing Shit was possibly one of the most extreme musical projects ever to come out of the prairie wasteland known as Winnipeg - unrelenting and hideous, their particular brand of political grindcore remains in a league of its own.

Swallowing Shit's last show occurred June, 1997, at the West End Cultural Centre in Winnipeg, Manitoba. Picketed and stormed by nearly 300 Christians angered by their smash radio hit "Pro-Abortion, Anti-Christ", the show signaled the end of an era in Winnipeg, as the band were subsequently banned from public performance by city council, citing an obscure and hitherto unenforced 103-year old civic ordinance criminalizing challenges to the authority of the Church within city limits.

Many of the ever-changing membership are still active in the Winnipeg music scene. Todd (guitar) plays bass for Propagandhi, Mike (vocals) sings for Putrescence and books shows in Winnipeg, Jahmeel (bass) is now based out of Vancouver and plays bass in numerous projects including the Black Halos and Cory (drums) is currently playing in a black metal project with other former members of Malefaction in Of Human Bondage.