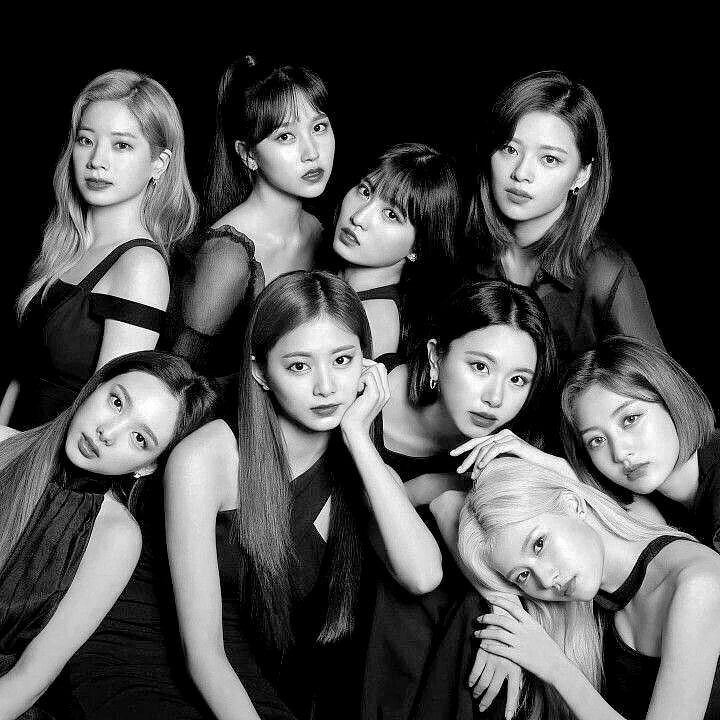 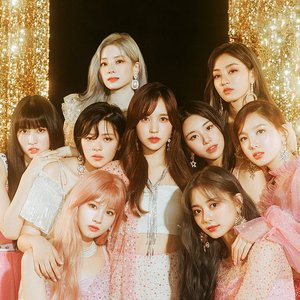 There are numerous artists who have performed under the name Twice:

On February 11, 2015, Park Jin-young announced that the lineup of JYP Entertainment's upcoming seven-member girl group would be decided through SIXTEEN, a competition survival show that would air on Mnet later that year. The show began on May 5 and ended with Nayeon, Jeongyeon, Sana, Jihyo, Mina, Dahyun, and Chaeyoung as the winners. Park then announced that he would be increasing the size of the group from seven members to nine by adding Tzuyu, who was the "audience's pick" since she was the most popular contestant by the show's end, and Momo, who was added by Park himself since he felt the group needed someone with her performance abilities. The decision was controversial at the time with many people complaining about eliminated contestants being able to join the group.

The group debuted on October 20, 2015 with the extended play The Story Begins and title track "OOH-AHH하게". TWICE rose to fame in 2016 with their single "CHEER UP" from their second mini Page Two; the song charted at number 1 on the Gaon Digital Chart and became the best-performing single of the year. It also won the title of "Song of the Year" at two major music awards shows: Melon Music Awards and Mnet Asian Music Awards. Their subsequent single "TT" from their third extended play TWICEcoaster : LANE 1 claimed the top spot for four consecutive weeks. The album was the highest selling K-pop girl group album of 2016, which sold 350,852 copies by the end of the year. Within 19 months after debut, Twice has sold over 1.2 million units of their four extended plays and special albums.

On January 3, 2017, the music video for "TT" hit 100 million views, becoming the fastest K-pop group music video to do so and breaking Twice's own record previously set by "Cheer Up". Later in that same year, "TT" would also become the first video by a K-pop female act to surpass 200 million views. On January 10, JYP Entertainment announced Twice's first solo concert tour within just a year and four months after debuting in October 2015. The three-day sold-out concert titled Twice 1st Tour: Twiceland – The Opening was held on February 17–19 at the SK Olympic Handball Gymnasium. A tour across Thailand and Singapore was also scheduled after the first stop in Seoul. After the Korean leg of the concert tour, Twice released a reissue of their third mini on February 20 titled TWICEcoaster: Lane 2 along with its lead single, "Knock Knock". The album sold 266,645 units in February 2017 alone. The title track was regarded as one of the best songs of 2017 by many critics at the end of the year.

In April, JYP Entertainment announced that Twice would be releasing a new Korean album in May before heading to Japan. On May 15, Twice released their fifth extended play SIGNAL. The title track "Signal" was produced by Park Jin-young, the founder of their entertainment label. This marks their first collaboration with Park. The mini contained six tracks, including "Eye Eye Eyes"–co-written by members Jihyo and Chaeyoung—and "Only 너 (Only You)" written by former Wonder Girls' member HA:TFELT.

The group officially debuted in Japan on June 28, 2017 under Warner Music Japan with the release of their first compilation album titled #TWICE. The album debuted at number two on the Oricon Albums Chart, which sold 136,157 copies within seven days, the highest first week album sales of a K-pop artist in Japan in two years. In less than two months, it sold over 260,000 copies, earning it a Platinum certification by the Recording Industry Association of Japan.

Twice released their first full-length Korean album twicetagram on October 30, along with the music video for title track "LIKEY". "LIKEY" was composed by Black Eyed Pilseung and Jeon Gun. The album had heavy contributions from the members of Twice, who helped in composing and writing lyrics for the album's tracks. The album and its lead single debuted atop both Billboard's World Albums and World Digital Song Sales respectively—the group's first number 1, making Twice the first female K-pop act to lead on both charts. They also rose on the Heatseekers Albums as the album debuted at number 10, one position higher than Signal's peak at number 11. The Christmas-inspired reissue of twicetagram, titled Merry & Happy, along with its title track "Heart Shaker" was released on December 11, 2017.

In 2018, the group embarked on their first concert tour in Japan titled Twice Showcase Live Tour 2018 "Candy Pop" on January 19 in Aichi Prefecture. They planned to have a second tour in Seoul starting May 18, but first released their fifth extended play What is Love? on April 9. The title track "What is Love?", once again produced by Park Jin-young, is about "the love girls would dream about or imagine after learning about it through books, movies or dramas" and was described as having a bright melody and uptempo dance beat incorporating trap. Members Jeongyeon, Chaeyoung, and Jihyo also took part in writing lyrics for two songs on the extended play. The EP sold 335,235 copies in first month and made TWICE became the first female artist—and the fifth act—to earn a Platinum certification by the Korea Music Content Association (KMCA), for selling over 250,000 copies of the album.

On July 9, an expanded reissue of What Is Love? named Summer Nights, along with its lead single "Dance the Night Away" written by Wheesung, was released. The single surpassed 100 million streams and sold 2,500,000 downloads on Gaon Music Chart, earning group's very first Platinum certification's single both streaming and download making TWICE the second act—to earn a Platinum certification for streaming, download and album by the [i{KMCA since certification were introduced on April 2018.

On September 12, TWICE released their first Japanese studio album BDZ. Its lead single of the same name was pre-released as a digital single on August 17. It was followed with their concert tour named TWICE 1st Arena Tour 2018 "BDZ", beginning in Chiba on September 29. The studio album was certified Platinum by the RIAJ, it was group's fifth consecutive Platinum certification in Japan. Twice released their sixth EP Yes or Yes on November 5 with a lead single of the same name. The music video of the title track Yes or Yes achieved 31.4 million views on YouTube within the first 24 hours, becoming the seventh biggest 24-hour YouTube debut of all time. They released their second Japanese compilation album #Twice2 on March 6, 2019. It was also certified Platinum from the RIAJ.

TWICE made history as the first female K-pop act to hold a Japanese dome tour, named TWICE Dome Tour 2019 "#Dreamday". The tour garnered a total audience of 220,000 during five shows in Osaka, Tokyo and Nagoya, and was held in March and April 2019. All 220,000 tickets were sold out within a minute after the ticket sales commenced. On April 22, they released their seventh EP Fancy You. The music video of "Fancy", which garnered over 42.1 million views in a single day, also reached the seventh position in the list of YouTube's biggest debuts during the first 24 hours. The release of Fancy You made TWICE the best-selling Korean girl group of all time with a total of 3,750,000 copies sold from their twelve Korean releases, surpassing the twenty-year-old record of S.E.S. In total, TWICE has sold just under seven million albums worldwide.

On June 12, 2019, TWICE released both "Happy Happy" and "Breakthrough" singles digitally. On July 17, 2019, JYP Entertainment announced the addition of a Japanese leg after reaching tens of thousands of fans on Southeast Asia and North America legs of the World Tour "TWICELights". They would stage 12 concerts in seven Japanese cities from October to February 2020. On the same date, "Happy Happy" was released physically and "Breakthrough" would also be released the following week. Both singles were received the Platinum certificates by the RIAJ.

On September 23, 2019, TWICE released their eighth EP, Feel Special, along with the music video for the lead single of the same name produced by Park Jin-young. The lead single scored group's second number 1 on the Billboard's World Digital Song Sales which previously hit the top spot in 2017 with "Likey". "Feel Special" also stretching group's dominance across North America as the single debuted on the Canadian Hot 100 chart at number 82—the group's first entered on the chart, making TWICE the third K-pop girl group and ninth K-pop act to appear on the chart. On September 30, 2019, TWICE broke their own first week album sales record with Feel Special, previously holding the record with Fancy You.

TWICE released their second Japanese studio album &Twice on November 20, 2019. Its lead single "Fake & True" was pre-released as a digital single on October 18, 2019

2. TWICE was a Russian DJ who passed away in 2012. He made hits like NATALIE and KARATE (last one for his debut album back in 2005) and had a tour with the russian band Russkaja. He moved from St. Petersburg to Moscow after his success. He signed with S Sacramental Records and released an EP named TWICE IN. After that, he continued to compose music alongside famous songwriters like Amy Wadge. In 2009 he released Twicemania. He ended his tour after his health got really bad. He came back to Petersburg and played only as DJ in small clubs. Was killed in St. Petersburg in fight.